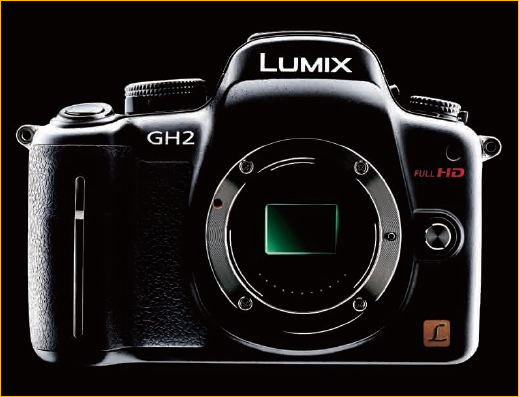 Video capable DSLRs have sensors vastly larger than camcorder sensors – even the expensive semi-professional models. They also feature much higher resolution, between roughly 12 and 24 Megapixels. This is desirable for still photography, but not so much when shooting video, because the highest current resolution video format for consumer and broadcast use is just 1920X1080 pixels, which translates to about 2 Megapixels resolution.

When shooting video a DSLR must reduce the images shot from maybe 16 MP or so to 2 MP. This is done in a variety of  ways, all of them proprietary and so-far secret on the part of manufacturers; but including line skipping, binning, compression, and digital interpolation. As we know all too well this can produce a range of undesirable artifacts, including compression artifacts, moire, aliasing, and bayer pattern anomalies.

So why do an increasing number of pros shoot with video DSLRs? The answer is simple – shallow Depth of Field, as recently discussed inmy essay on Convergence and earlier essays.

So – wouldn’t it be great if we could have a large sensor, but with only about 2 million pixels? No artifacts, right? Indeed the newSony CineAlta F3 offers just that, though at a mere US $23,000 with three lens set. (Really large low noise pixels as well.)

But how about something a bit less expensive – say, the just released Panasonic GH2, which sells for less than $1,000 (body only)?

Indeed something very much like this is the case, though Panasonic seems to have gone out of its way to hide the existence of this exciting new feature. Let’s find out more.

Buried on page 67 of the GH2’s  English language user manual is a confusing and poorly written description of something calledExtra Tele Conversion(EX Tele Conv). This is discussed together with a function called Digital Zoom, both of which work in JPG stills mode. There’s a 2X mode, a 4X mode, a 4.8X mode – Oh, I give up.

It’s a confusing mess, and since these either reduce image quality (Digital Zoom) or reduces the size of the stills files (EX Tele Conv), and don’t work with raws, I simply ignored the whole thingwhen I previewed the GH2back in October, 2010.

But as the GH2 started to come into the hands of early users it became clear that there was something very special going on – a video mode called EX Tele Conv.Since this as such an awkward name I’m simply going to call itETCfrom now on.

This has significant implications, almost all of them positive. Firstly, no line skipping, binning, or digital interpolation are needed. It’s as if the sensor was only 2MP rather than 18MP. As a consequence the image recorded has a crop factor of 2.6X over the full Micro Four Thirds format. The best way to think of this is being akin to the crop factor of APS-C over full frame 35mm; which in that case is either 1.5X or 1.6X.

As a consequence, any lens put on the GH2 when shot inETCvideo mode has an effective focal length of 2.6X of what’s marked on the barrel. The new 100–300mm zoom therefore becomes a 260–780mm, with no loss of light! It’s like shooting with a 2.6X teleconverter but without the image quality loss and without the light loss. There is essentially no IQ loss because the original sensor output is used; just a cropped portion of it. There is no light loss, because though it acts like a teleconverter, it isn’t. There are no optical elements involved and no upressing or downressing.

SIDEBAR. Since a Four Thirds sensor already produces a 2X field of view as compared to full frame 35mm, this means that inETCvideo mode the focal length marked on the lens is actually 5.2X what it would be in full-frame 35mm terms. So the long end of the new 100-300mm zoom is equivalent to 1,560mm in Extra Tele Conv video mode. Wildlife cinematography anyone?

Please also note that this review only applies to when shooting video in ETCmode. In stills mode there is degradation due to a smaller area of the sensor being used.

Below is footage showing the effect of using Extra Tele Conv mode vs. optical magnification at the same optical focal length. There are four segments, shot at ISO 160, 320, 640 and 1250. Each segment has a shot taken at 100mm, the same in ETC mode, and the third at a matching 260mm focal length.

Is There a Quality Gain or Loss?

The answer is bothyesandno. When just the pixels covering the center HD area of the sensor are used, two things happen. Once is that there is no compression or interpolation required, so theoretically at least the image quality should be superior to when the full raster of the sensor is reduced to HD video size. Frankly, in my limited testing so far I am unable to see any differences in this regard, so either Panasonic is doing some pretty good downward interpolation, or something else which I’m unaware of is going on.

On the other hand downresed images from the full frame have an advantage overExtra Tele Convpixels because they have the potential to be less noisy as a consequence of the image’s reduced size. This is the same as when one views a small image or print rather than a large one. Any noise that might be present is reduced when reproduced at a smaller scale.

NB:A exchange with the factory in this topic lead to Panasonic claiming that there should not be any image degradation in Extra Tele Conv video mode. While this may be the case (and who are we to argue with the Panasonic engineers) we do indeed see a bit more noise in this mode, almost certainly due to the lack of compression / interpolation done when the whole sensor output is reduced in normal shooting mode.

Consequently what we see is that inETCmode at ISO 160, and up to 320, there is no discernible noise degradation visible. This is likely because the GH2 is so clean at low ISOs to begin with. Above ISO 320 inETC mode images are somewhat noisier than full raster images. I would judge about one to two IE noisier, mostly visible in the shadows and quarter tones. Given that this appears to be the only downside ofETCvideo mode, it’s a small price to pay.

Oh yes, and if you’re using a lens like the new Panasonic 100-300mm f/4-f/5.6 you lose a stop when going from the short to the long end optically. By using ETC mode instead you don’t lose that stop, which can mean being able to shoot at a lower ISO, making up for any real or perceived noise degradation when ETC is used. Also, with a lens like the 14-140mm you can now reach out to 364mm, which provides an equivalent full frame 35mm range of 28 – 728mm, all with a single pocketable lens.

Why Is Such a Great Feature Hidden?

Digital zooming and similar effects are mostly so much gimmickry. Most serious photographers pay as little attention to these as to theSally’s Birthday Partyshooting mode on the dial. That’s likely why most reviewers and early users have been unaware of the ETCfeature when shooting video. Its presence is hidden on the user manual page about digital zooming, and Panasonic makes no mention of it in their product promotion.

Why not? Good question. This should have been a banner feature for the GH2, something that those shooting video would see as a huge differentiating feature. Being able to shoot uninterpolated ETCoutput from the sensor, and have what is effectively a 2.6X tele-extender with no light loss and no image degradation – all available at the press of a button – is quite a big deal to my mind. (Put it on one of the GH2’s three programmable custom function buttons and it’s literally a button press away – though regrettably not while actually filming. You need to stop shooting before engaging this mode.)

Did the engineers at Panasonic not tell Marketing about this feature? If not, why not? Or, did Marketing not understand what this was all about? We’ll likely never know the truth. But now you know, and if like me you find this to be an exceptionally useful capability – pass it on.

ETC (Extra Tele Conv) video mode on the Panasonic GH2 is indeed a free lunch. One gets a built-in 2.6X teleconverter, with no light loss and no image quality loss, by simply pressing a button.Bon appetit.

Wild & LongThough I originally made my living as a photojournalist, and then branched out into a range of business activities for many years, since