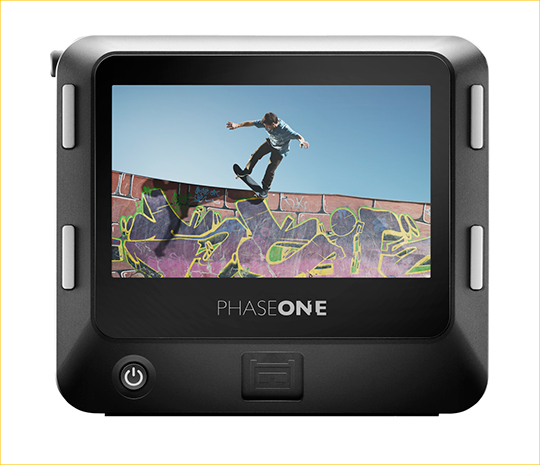 Top pros who work with exacting clients, and wealthy amateurs who demand nothing but the best possible image quality have always turned to medium format backs and cameras. Over the years resolution has grown from 16MP, to 21MP, to 39MP, and a couple of years ago to 60MP. Now, with the just announcedPhase One IQ180, the company’s new flagship, that ceiling has been raised to 80 Megapixels.

Indeed, the IQ180 isn’t the first 80MP back to be announced. Leaf (now owned by Phase One) announced their 80MP back in September, 2010. These backs are now starting to ship, and indeed I will have my hands-on review of theLeaf Aptus II 12online here within the next few days.

A New and Higher IQ

The big news isn’t just that there is a new 80 Megapixel back from Phase One. Just as fascinating is the completely new design of the IQ backs. There are three new IQ backs, the Phase One IQ180, IQ160 and IQ140 with maximum resolutions of 80, 60.5 and 40MP respectively.

Other than maximum resolution the backs are almost identical, so we’ll concentrate on describing the flagship IQ180, which will be the first to ship. The industrial design is brand new in every respect, and at this point, based on the photographs at least, it’s quite a beautiful design.

Kevin Raber, a Phase One Vice President, is bringing a pre-production IQ180 to San Miguel, Mexico for me to test later this week. Mark Dubovoy will also be testing the IQ180 this week and we will both have reports here in the days ahead. Watch for them.

The screen with advanced touch controls, including zooming, swiping, and similar touch screen controls. For those that don’t care to use a touch screen the IQ backs retain Phase One’s intuitive four button controls.

Of particular interest is that the new backs provide a Focus Mask confirmation tool, similar to that found in Capture One 6. This means that exact focus confirmation as well as depth of field can be reviewed on-screen. If this was all that was offered the new backs would be exciting enough, but we have been told that when the backs ship beginning in April they will feature a form of Live View.

A Form of Live View

Because the IQ backs use CCD sensors, as do the current P+ series, they are not capable of fast-refresh Live View. But, Phase One’s engineers look like they will be able to pull a rabbit out of a hat and provide Live View with a slow refresh rate. It remains to be seen how effective this is, but if it works as promised it will be the holy grail for MF shooters, especially those that use technical cameras, since ground glass focusing and framing will no longer be necessary.

Along with the new industrial design and large high-resolution touch screen the IQ backs now enclose the battery within the back. (The same battery as in P backs is used). This enclosure along with tighter weather sealing and port covers will likely mean that location and outdoor photographers will benefit.

In addition to the familiar Firewire 800 connector the IQ backs are the first cameras that I’m aware of to feature USB 3 as well.

The back has a built-in charger that charges the battery continuously whenever the back is connected to a computer via either FireWire 800 or USB (including USB 3). Folks who do long shoots in tethered mode, such as fashion and product photographers, no longer have to worry about battery replacement during a shoot.

And like the P+ series backs all IQ backs featureSensor Plustechnology, which means that they can shoot at a reduced pixel count with increased sensitivity and faster frame rates. In the case of the IQ180 resolution is reduced to 20 Megapixels while write speed is increased. At 80MP it is 1 frame every 1.4 seconds, while at 20MP it’s 1 frame every 1.1 seconds.

The IQ180 has a 1 Gigabyte buffer of high speed RAM. 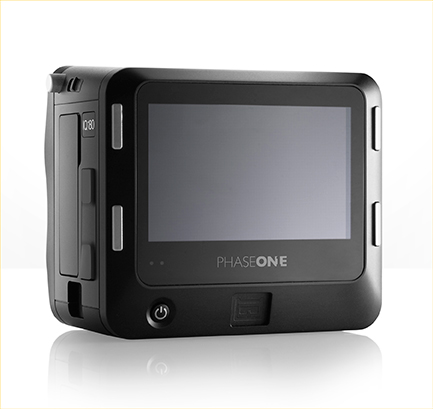 Phase One is claiming a dynamic range of 12.5 stops, between a third and a half stop better than the P65+, their best previous back. They also are claiming that the IQ180 is the lowest noise back yet, even though the pixel pitch has been reduced to 5.2 microns to achieve 80MP.

Current owners will be pleased to learn that the back interface remains the same, so the new IQ backs will work on any previous compatible camera. But the interface has been enhanced so that with Phase One 645DF bodies the camera can turn the back on and off, rather than one having to do so separately. An independent power switch remains on the camera for when the back is used on a technical camera.

Maximum exposure time on the IQ backs remains at 1 minute. It’s been explained to me that the Dalsa chips that Phase now uses are limited in this way, with the trade-off being their Sensor+ capability. Previous non-Plus series backs used Kodak chips that allowed very long exposure times. I once did a noiseless 45 minutes exposure with a P45.

The new back has sensors that can tell whether the back is level from side to side and from front to back. The user can use this capability to level the camera while shooting, or select a preference in the latest version of CaptureOne so that the software automatically levels the image in either direction or both. 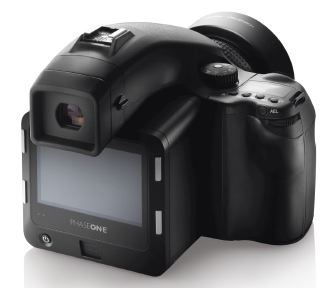 Pricing, Availability and Other News

The IQ180 back will start to ship in late April, 2011.  The IQ160 and IQ140 will become available over the following couple of months.

The IQ180 will be priced at US $43,990. Phase One says that they will be offering an attractive upgrade program for previous P series backs, and also a trade-in program for owners of other brands. Details are now available from Phase One authorized dealers in each country.

P+ series backs will continue to be produced and sold. The IQ backs are not a replacement for P series backs, but rather are intended as a premium offering due to their enhanced features and capabilities.

The above information is based on a telephone interview last week with Phase One’s President of Engineering, and the company’s CEO. Usually there is a gap between when a product is announced and when it becomes available for testing. In this case we are fortunate (and Phase One is doing it the right way) because review sample backs are being made available for testing immediately.

As I mentioned, Phase One’s VP, Kevin Raber, is coming to Mexico with a back for me to test for a few days, and he’ll be visiting with Mark Dubovoy in the Bay Area this week as well. Other reviewers will similarly be getting backs for testing, I’m sure.

I expect that Mark and I will have our reports online here by the end of this coming week. We have been cautioned that not all features are fully implanted yet, such as Live View, but the back’s performance is otherwise apparently ready for prime time testing.

Check back here onWhat’s Newregularly this week for more about the Phase One IQ180.