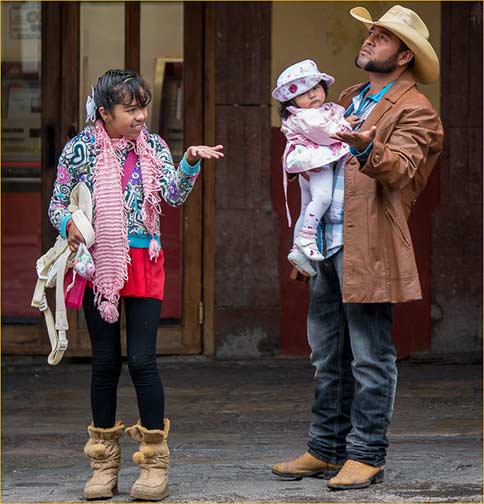 It used to be that shooting movie film or video was reserved for people with deep pockets and / or extensive training. No more. Now virtually every camera shoots good quality video, and even cell phones shoot HD video. Simple editing software is available, often for free, and it doesn’t take long to figure out how to get your scenes up on sharing sites like YouTube or Vimeo.

But, just as there are millions of boring and even hopeless looking still images on Flicker and Instagram, so to are there crappy videos on sites that host people’s cinematic productions.

But raising your work above the lowest common denominator isn’t all that hard, particularly when it comes to shooting. Assuming that you’re using a DSLR, CSC or camcorder with some basic controls (unlike a cell phone) here are 10 things to consider doing that will greatly improve the quality of your videos.

1: Don’t zoom. Zooming simply looks amateurish. Yes, there may be times when it’s useful or even necessary, but avoid doing it if you can.

2: Turn off autofocus and focus manually. Even the best AF systems “hunt” during a shot and nothing looks worse than losing focus at an important moment.

3: Turn off autoexposure. Set your camera to M and manually set the shutter speed, aperture and ISO. Exposure changes when they’re not deliberate are terrible to watch.

4: Set your camera to “Natural” or a similar low saturation look. Standard is almost always way to saturated and contrasty.

5: If at all possible, shoot at 24FPS and with a shutter speed of 1/50 second if you want a “cinematic look”. This is not ideal for sports or any type of action, but it produces the motion cadence that has the feel of motion pictures. 60 FPS with a 1/125 second shutter speed looks like video. If that’s what you want, or when shooting fast action – fine.

6: Use a variable neutral density filter (Fader) so that you can control the light entering the lens and adjust the shutter speed and aperture to the settings that you want. Shooting at f/16 because it’s sunny out just looks awful. But that’s what an appropriate shutter angle (a speed of double the frame rate; ie: 1/50 sec for 24 FPS) requires unless you have a Fader. Buy a good one. Cheap ones are crap.

7: Move the camera slowly. Any panning should be at a speedmuchslower than you think looks right at the time. It will at the end. Experiment.

8: A tripod, monopod, or table-top pod are all a great idea. Hand-hold as little as possible, and when you do, use wide lenses and stabilization if your camera/lens offers it.

9: Use an outboard digital audio recorder if at all possible. The mics and pre-amps built into almost all DSLRs and camcorders are mostly terrible.  Small recorders can easily mount on the camera’s accessory shoe with a small ballhead.  Sync the high quality audio with the ambient track recorded by the camera when editing. Good sound is 50% of what people will experience when watching your video production.

10: Don’t try and shoot stills at the same time with the same camera. You’ll screw up both. Cameras setting are so wildly different for each that your best approach is to have two different cameras with you which share the same lens mount. That way you can quickly switch from one to the other and also swap lenses between them as needed.

11:(Important bonus commandment): Before, during and after shooting, think about the story that you want to tell. Cinema has been described as “telling stories over time“, and one can also describe them as, “telling stories through space“. A still photograph fails or succeeds at its job of story telling in a single moment. A film spreads those moments out over time and space. Think about it. For the still photographer who wants to break out of a rut, or expand their creative or business options, making films and videos can have great appeal.

Notes About This Video

The video below was shot one morning at the town square in San Miguel de Allende, Mexico. The camera used was the new Panasonic GX7, which I found produces truly excellent quality video – as good as any DSLR or CSC (including the GH3) that I’ve used. It was shot simply for my own pleasure, and then used here to illustrate some of the concepts above.

Two lenses were used, the Lumix 12-35mm f/2.8 X and the 35-100mm f/2.8 X. A Hoya Fader was used, and conveniently both lenses use the same diameter filter. Church bell audio was recorded with the camera’s built-in mic. The music track used is fromThe Free Music Archive.

Shooting was done at 24FPS with the “Natural” look setting. The video  was edited and graded in Final Cut Pro X.

By the way – do as I say, not as I do. In this instance my portable recorder had been forgotten (an Olympus LS-10) and I only had one camera body along, making it difficult to shoot stills, though the one at the top of this page was shot that same time. I also shot 100% hand-held. When I return to San Miguel in the fall I’ll use theBlackmagic Pocket Cinema Cameraalong with the GX7, because they both take MFT lenses and should compliment each other nicely for doing stills and video at the same time.

Epson 7500 Report A Hands-On Report By: Cris Daniels Cris Daniels is a semi-pro photographer who has been actively involved in computer graphics since theAmiga.