Sony’s NEX cameras have a great deal going for them, especially theNEX-5n which is turning out to be one of the most popular new cameras of Q4 2011. But the widest E mount lenses available are 16mm, which on an APS-C sensor is the equivalent of 24mm. This is wide, but in many situations, not wide enough.

Fortunately NEX cameras have such a short lens-flange-to-sensor distance that virtually any lens ever made can be attached. Regular readers will know that I am something of a Leicaphile, and have a good collection of Leica M lenses. I also have a Sony A900 is my primary DSLR, and a full selection of Sony / Zeiss lenses. Since the new LA-EA2 adaptor allows any Sony Alpha mount lens to be attached while using phase detection autofocus, there is a wealth of really wide lenses available.

The 12mm Voigtländer  sells for about $850, with an M to NEX adaptor costing an additional $50 to $250. The Sigma costs about $700 at retail, while the LA-EA2 adaptor costs another $400, for a total of $1,110. This makes them quite similar in price. The Sigma on the LA-EA2 is quite a bit larger and heavier, but has autofocus. The Voigtlander is more petite, but is manual focus only, and not a zoom.

The availability of autofocus may seem like a significant advantage for the Sigma, but in reality isn’t so much. Lenses this wide have considerable depth of field at typical shooting distances, and so zone focusing is usually all it takes. More on this shortly.

Lets see how they each perform on the NEX-5n and how they compare with each other. 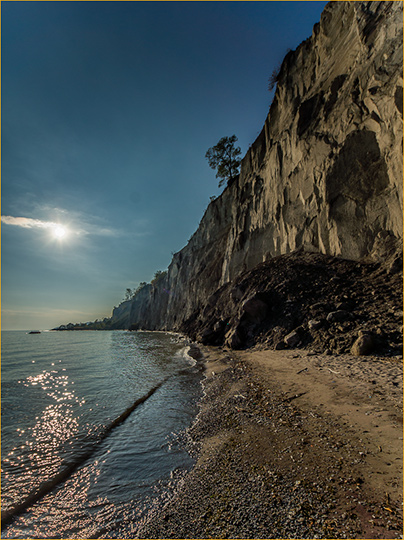 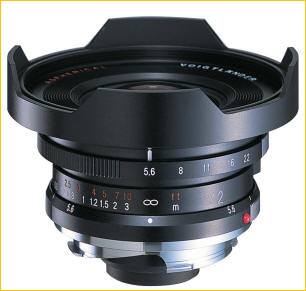 Ten years ago this summer (July, 2011) I reviewed the first release of the Cosina Voigtländer Ultra Wide-Heliar 12mm f/5.6. This was a landmark lens, and it saw quite a bit of use on my Leica M6 and eventually on my Leica M8. If you use the left panel search bar you’ll also find several other articles here that mention this lens.

Though optically the same as the original release there is now a new version of the Voigtländer 12mm which offers quite a few advantages. These include a proper Leica M mount, rather than the older screw mount version which required a separate M adaptor. The lens is also focus-coupled on M series Leica’s, which will really be appreciated by anyone using the lens on an M8 or M9. A new built-in lens shade and a standard 67mm filter thread complete the picture, so to speak. The Voigtländer 12mm f/5.6 is priced at about $750 and is available from various online retailers. I purchased mine from Stephan Gandy at Cameraquest, as I have so many other Voigtländer products in the past.

If you’re not familiar with Cosina Voigtländer  and their products, a few words of introduction are in order. Cosina is a Japanese company which has been making cameras and lenses for other companies for many years as an OEM. They have built cameras for companies such as Canon, Nikon, Olympus, Rollei and Epson. They currently manufacture Zeiss lenses in ZM mount under OEM contract.

In the late ’90’s Cosina acquired the rights to the venerable Voigtländer brand name and since then has produced a succession of lens under that name, mostly for Leica screw mount and M mount. These are lenses designed and built the old fashion way; metal bodies, brass focusing helicals, click-stopped manual aperture rings, and engraved depth of field scales.

For the most part Voigtländer lenses enjoy a very high reputation, not just for build quality but also for optical quality. The 12mm f/5.6 is no exception. As well see, it is not without its flaws, but given that this is one of the widest angle lenses available for 35mm format still photography, it performs very well indeed.

On a full-frame Leica M9 there is very strong vignetting, and cyan / red shift issues in the corners as well. On the APS-C sized sensor of the NEX-5n, with its 1.5X crop factor, the vignetting is still there, even stopped down. But, it is quite manageable. I use a +80 Vignetting correction in Lightroom and have seen almost no cyan shift issues. If and when I do, a custom profile usingCornerfix would be all that’s required.

Using the vignetting correction in Lightroom is almost automatic. What I do is load a day’s shots into Lightroom. I then hit CMD/CTRL F to search Metadata and select the Voigtlander 12mm and its shots. Now simply apply a Preset for vignetting correction. I don’t use this on Import because I rarely only shoot with this one lens, but if I did it could be totally automated.

My first thought when using the 12mm on the NEX-5n was that manual focusing would be an issue. Well, it really isn’t. Not, as you might think, because the NEX-5n has Focus Peaking, which works really well. But rather because depth of field is so great that simple manual zone focusing has got you covered. In daylight I simply set the lens to f/8 and comfortably have depth of field from a few feet to infinity.

This lens is very sharp in the center and falls off a bit toward the edges, though at no time does its corner resolution fall below acceptable levels.

Flare is very well controlled. I see a bit more than with the Sigma, but in most instances, and unless the sun or a bright light is in just the right position, flare isn’t that much of an issue.

Photozonehastested the Voigtlander 12mmand their lab results pretty much coincide with my empirical experience with the lens. 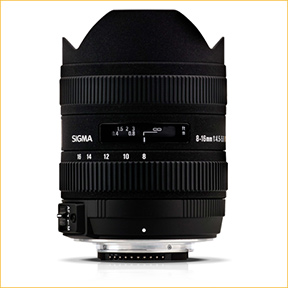 Let’s not beat around the bush. Sigma lenses have mixed reputations. But, their best lenses are very highly regarded, and there is no doubt what-so-ever that the 8-16mm is one of Sigma’s finest optics. It may well be among the best ultra-wide zooms on the market. Photozone alsoreviewed it, and gave it among their highest ratings.

My own experience is that this is one of the sharpest, flare-free wide angle lenses that I’ve ever owned. Mechanically the lens appears very well made. There is an AF/MF switch on the left side and a built-in petal-shaped lens shade. This, due to the lenses extreme coverage, serves more to protect the bulbous front element than to ward against flare, which fortunately is very well controlled. The lens comes with a large two-part lens cap. It looks like you can shoot with just the front cap removed, but don’t. The image will be severly cropped.

At 8mm on APS-C it has the same coverage as 12mm does on full frame. But while the 12mm Heliar vignettes like crazy at full frame, the Sigma at its full coverage vignettes significantly less on APS-C. In other words, on APS-C, which is smaller than its designed coverage area, the Voigtländer still vignettes more than does the Sigma on that sensor size.

Of course the Sigma version of the 8-16mm that I use is in a Sony A mount. Please note that because Sigma reverse engineers their lens’ electronic connections to cameras, when a manufacturer makes a change for a new camera model Sigma sometimes has to recall lenses for a firmware update. This happened when Sony introduced their Translucent Mirror models, the A55 / A65 / A77, and also the similar LA-EA2 adaptor for NEX.

The Sigma 8-16mm, which I purchased from B&H in October, 2011 had an update sticker on it and works fine. I’ve heard reports that this lens in particular doesn’t actually require an update, but I’d check, just to be safe if you intend on buying one. 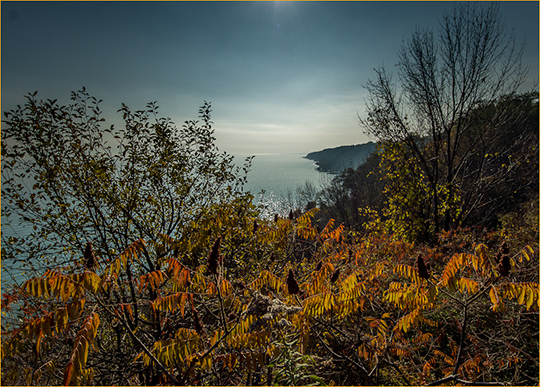 This lens is at its best wide open, though it doesn’t degrade significantly till after f/11. This is the mark of a really well designed lens. Overall I find this lens to be a bit sharper than the Voigtländer, with the corners and edges holding up better.

Given the massive size of this lens’ front element it’s remarkable that it doesn’t show more flare. But, it appears to be about as flare resistant as the Voigtländer 12mm, which is very good indeed for an ultrawide.

Note in the frame immediately above that the sun is just outside the top of frame, yet no flare is visible. With coverage this wide it is almost impossible to avoid having the sun or some other light source somewhere in the frame. This is the reason why, when discussing and considering the purchase of an ultra-wide lens, resistance to flare is so critical.

When it comes to image quality the Voigtländer requires a bit more work in post because of its strong vignetting, making shooting JPGs for immediate use problematic. JPGs from the Sigma show some vignetting, of course, but are usable straight from the camera, all else being equal.

In the end, for a NEX owner the choice between these two lenses will come down to size and convenience more than IQ issues. Also, the Sigma is a zoom, and so offers greater versatility along with its greater bulk and mass.

The Ethos of Ultrawide 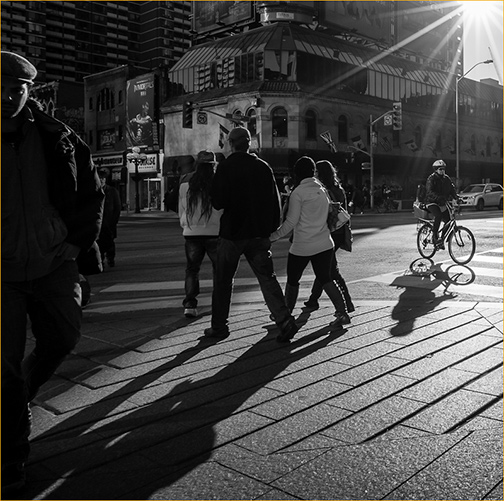 I sometimes have to smile when I read a question from a photography newbie, asking which wide angle lens they should buy for landscape photography. Of course WA lenses are used for landscape and nature, but the reality is that the wider a lens gets, and the further away the subject, the less involving the image becomes. For this reason, most of my landscape work over the years has been shot with medium to long lenses.

The top image on this page (Scarborough Bluffs) is a landscape taken at 8mm, which happens to work successfully. But I shot this more for illustrative purposes for the article, than any other reason. Most of my use for extreme wide angle lenses is to create a feeling of involvement, by putting myself in the middle of the action.Crossroads, immediately above, is a somewhat cropped section from a frame that is more typical of how I use an ultrawide. The enhanced separation of foreground / background creates a feeling of depth to an image. It does mean getting close and personal though, something that some photographers aren’t comfortable with. 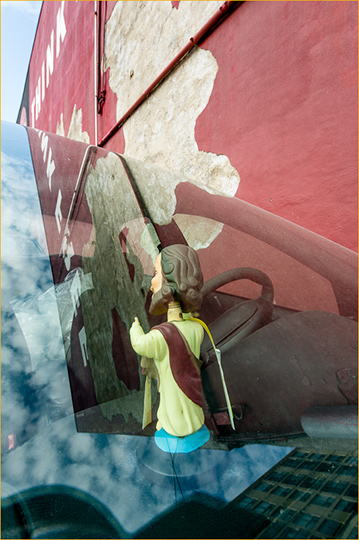 Dashboard Jesus illustrates how near / far subject interplay can be used effectively, even in a non-landscape, non-peopled image. My advice? Get an ultrawide, experiment, and simply get out and have fun with it.