The Highs and Lows of the Canon 10D

Good morning! This week I’ve asked my friend Kent Phelan, a longtime photo junkie and all-around good guy, to write down some of his comments about his new 10D. The 10D, as everybody in the photography Universe knows by now, is the present "state of the affordable art" — a camera that simultaneously pushes previous performance and price limits. How many moments it will remain the camera of the moment is anybody’s guess….

Better than I could have done, Kent vividly outlines what I consider to be the high and low points of working with a DSLR at present. I’ve made the arguments in the abstract before; Kent gives specific examples from his own experience. Incidentally, people interested in more about file permanence and storage media should check out Ctein’s superb article in the current issue ofPHOTO Techniquesmagazine.

Coming up, I’m preparing articles about photographing models and nudes, a column about how to learn lighting without spending a fortune, an essay aboutspecificways to improve as a photographer, and an article about the best technique for developing sheet film, with detailed instructions. I can’t promise a timetable right now, but you’ll see them here just as soon as they’re finished. 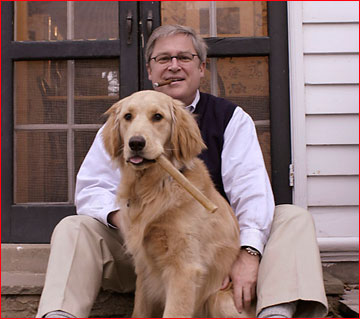 I haven’t enjoyed a camera this much in a long time. The 10D is alotof fun! It is a do-all, anytime, anywhere, think-you-can’t-do-it PUSH THE BUTTON ANYWAY! camera.

First off, it is a much better mechanical device than the D30 it replaces in my camera bag. I have no experience with current top-line pro film SLRs, so I don’t know what state of the art AF, metering, and motors can do. But in my little world, the 10D is leaps and bounds better than the D30. It is better built; itfeelsbetter. It is faster in every regard, even booting up. The AF and shutter sequencing is noticeably superior.

I photographed the Cyrus Chestnut trio a few Friday nights ago. In dark nightclub conditions, the 10D’s AF was spot on and f-a-s-t. The D30 used to hunt occasionally. Also, the 10D’s buffer is a lot bigger; I have yet to wait for it to clear. There’s a number in the viewfinder (next to the AF confirmation dot) that shows the number of frames available in the buffer. It always seems to be at 9.

The camera is also quieter. I think for the first time, in my experience at least, I’m using a shutter / motor / advance mechanism that was designed expressly for a digital camera. In past digital SLRs, I have always felt that I was using a transplanted film SLR advance mechanism — i.e., one designed to drag film past a tight gate at high speeds — the resulting clatter being very LOUD. All that’s really required is to recycle the shutter, which should mean smaller, faster, quieter motors. The 10D shines in this regard. At one point I got up and moved through the crowd at the Bistro, snapping away without a care to those around me. Didn’t bother a soul; the sound really disappears. The shutter sound itself is different — quite soft, very light. The clank and kerplunk is gone.

I am using the camera almost exclusively in Large / Fine .JPEG mode. Short of RAW, this is the max. I do this because as of now the only way to convert a raw file is with the atrocious Canon software. I’ve done this on a few shots, and it’s not fun. Also, the resulting TIFFs are 37mb. My old m.o. with the D30 was to shoot everything in RAW, then use Breezebrowser to mass- convert all the images to TIFFs. Now, with 6.5­8mb raw files and 37mb TIFFs, well…nobody’s got that much disk space.

This presents a new and clear problem for photographers. In my opinion it is not a theory, but a truth that archiving images in native raw proprietary formats is a formula for disaster. Doesn’t matter who the manufacturer is, Canon or Nikon or Kodak…saving files as .NEF, .CRW, or Kodak’s version of .TIF guarantees that they will someday be unusable.

In my microcosmic three-year digital career (I started in early ’00 with a Coolpix 950), I already have precious, irreplaceable images that I may not be able to get to. They’re from my foray into the discontinued Kodak DCS EOS-1M. It was the 6mp monochrome camera they made (original price: $30K), and the axe that got me into Canon. I bought it (deeply discounted) in 2001, bought two tilt-shift lenses, put it on a tripod and went out into the world with it. The images I have from it are still the best digital B&W I have ever seen. I printed them on an Epson 1160 Piezography printer. They are stunning.

I had the world by the tail…until the camera stopped working. Dead. Eastman Kodak refunded all my money, even shipping. All the while I had it, though, I had continual problems with EK software. Kodak, at that time, did not make any standalone apps. All of their DCS software was TWAIN plug-ins for Photoshop. All files were saved as 6mb TIFFs (EK TIFFs), and had to be opened individually in PS, using the Kodak DCS TWAIN import feature. It was supremely kludgey.

Now, just two years later, I am not sure I have the toolset to retrieve these images. This was all in 2001, using Photoshop 5.5 on a Mac running OS9. I have since gone through PS6 and PS7, and OS9.1, 9.2, and OSX. I don’t think the current state of my Mac will open any of these pictures — less than two years later! I’m still using the same (aging) Mac, so this is not a hardware issue. All I’ve done is keep pace with the rest of the world, updating my operating system and Photoshop. So in a perfect world, if I kept a separate circa 1997 Macintosh running Photoshop 5, well, then, I could archive for my short-lived Kodak monochrome career. In the real world, I’m not so sure.

Who’s to say any of this is different with Canon .CRW files or Nikon D1 .NEF files? What happens to all of the native Kodak DCS 660/760 raw files when Kodak finally throws in the towel on the DSLR business, or Nikon is finally bought by Hewlett-Packard, or whatever? Or that Canon will give a shit about any of us in ten years? Look at your Tri-X negs from ten years ago. They’re not old; they’re still kinda new, kinda fresh in your mind. Look at digital image files from last freaking year — they are aging quickly, they are fragile, they have a looming death out there somewhere. 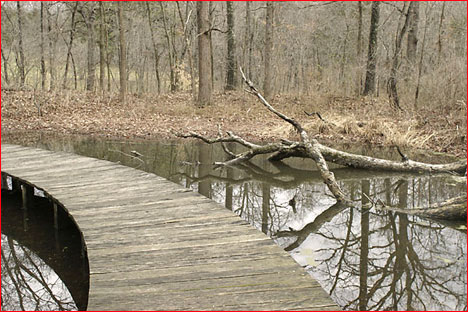 Boy, this has turned into a soapbox. Sorry. Point is, I am a big believer in saving all images in some common format — preferably TIFFs, but if not, JPEGs. I want them to be useable 20 years from now. If not, why bother?

But Life is Good

Back to the 10D. Yes, I love it. I’ve actually read the manual several times, and am learning every damn silly nuance of its gizmo side — something I never did with the D30.

It was somewhat serendipitous that I spent the previous weekend before the 10D arrived with Jay Maisel and his D1x’s at a workshop he gave here in St. Louis. Jay tied it all together, how great these new cameras are, telling stories of how he would shoot untold thousands of rolls of chrome film in his career, the problems and pitfalls etc., and how it all changed with the original D1. He felt as though somebody had removed the handcuffs. He was no longer constrained by emulsions, ISOs, reciprocity, tungsten / daylight, filters, running out of film, E6 labs — everything. He now carries a D1x everywhere with him, and shoots everything, night and day, indoors and out, all lighting conditions, no-light conditions — he tries shit that five years ago he and we just would not get out of bed for.

In that regard, these cameras are a true revolution. Also refreshing, from a personal growth side, is the freedom of shooting with wild abandon. When in doubt, push the button. Make like Winogrand, without all the hangover of that mounting pile of undeveloped film. It’s quite liberating. Last night I got home from work, and my son Colin was out in the backyard practicing his pitching. He’s been seriously practicing all winter, and third grade baseball season starts next month. Naturally, I grabbed the 10D and blasted off a few dozen shots. He heard the motor drive, and could not wait to see the results. Then we dumped all the JPEGs into Breezebrowser, and generated a web page. He then sent the link to a few buddies and his pitching coach.

All this before dinner!

No Lens, No Focus, No Kidding. Getting bored and tired of “everything looks the same” digital imaging? In this digital age of photography where almost