Which from the look of this photograph, I should as well. 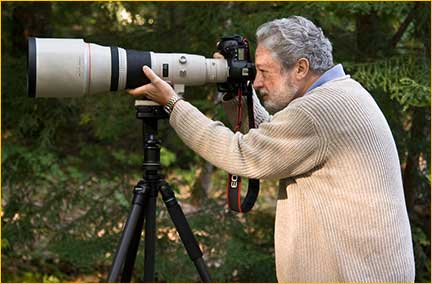 Canon’s new800mm f/5.6L IS USMwon’t be everyone’s cup of tea. At US $12,000 it’s out of the price range of most photographers, even those that might be able to make use of it for their work. But since it’s the longest / fastest super-telephoto currently available from Canon (their awesome 1,200mm has been discontinued for a while) it’s worth at least knowing what this lens is about.

The photograph above gives you an idea of scale. It weights just under 10lbs (4.5 kg) and is 18 inches long without its included lens shade. Unlike it’s smaller (?) sister, the 600mm f/4, the 800mm is in fact hand-holdable for a while. The 600mm, which is two pounds heavier and quite a bit larger in diameter simply isn’t hand-holdable for more than a few seconds at a time. (Seemy comparisonfrom a few years ago of the Canon 500mm vs 600mmfor more on this). 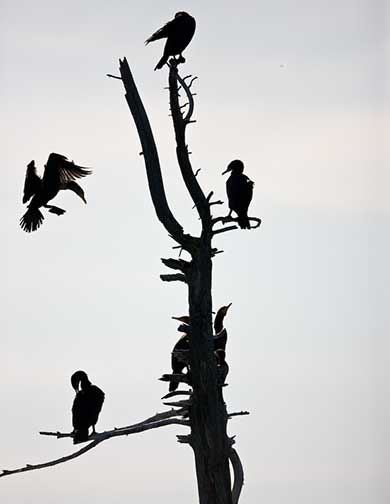 Like all of Canon’s super-telephotos (300 / 400 / 500 / 600 and now 800) this new lens appears to be as close to perfect optically as current technology can make it. Though I did not shoot test charts or newspapers scotch-taped to garage doors, I did enough real-world field shooting with it to see that image quality is exemplary, as you’d expect from a $12,000 lens. 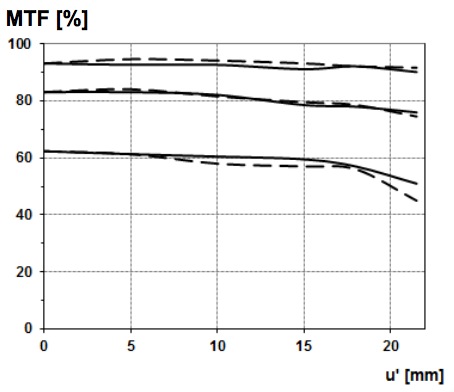 The one test I did do was for vignetting. What I saw was a very slight amount wide-open, but which almost completely disappeared by f/6.3, just a half stop down from wide open.

Otherwise the lens is very much out of the same mold as the previous Canon lenses in this line-up, with controls in the same place, and all the usual features, even down to the cosmetics style carrying case.

Certainly the use of magnesium alloy and other exotic materials seems to have lightened this lens enough to make it, if not hand-holdable for any great length of time, at least readily schlepable on location, something I can’t say for Canon’s 600mm.

If you’ve never shot with a super-telephoto you’ll quickly discover that your usual ballhead is completely inadequate for field use. What you need is aWimberley(or similar) gimbal head. I wouldn’t even considering purchasing a lens like the 800mm without one of these. With one, your large lens and camera combination becomes light as a feather in use. 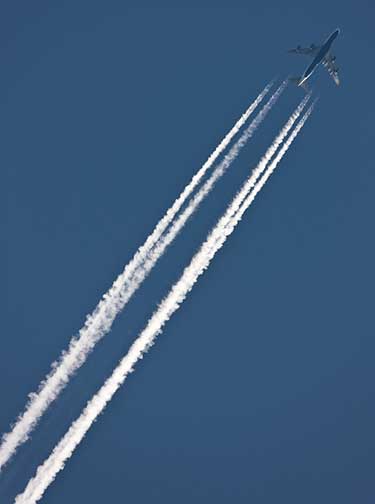 For example – this shot of a jet and its contrail passing almost directly overhead the dock of my summer place would not have been possible either hand-held or with a regular ballhead. With the Wimberley gimbal mount I was able to knock off some 20 frames in just a couple of minutes, with the exact framing that I wanted, and without even spilling my evening martini.

There isn’t much more to be said. If you shoot wildlife or outdoor sports, and are finding that your 500mm or 600mm lens isn’t quite long enough, and your bank manager is telling you to spend some $12,000 before the tax man grabs it, then the new Canon 800mm f/5.6L may be just the thing for you. Have fun and send me some results. I’ll publish the best ones here.