This page features photographs from my portfolio taken during the past several months
with which I am particularly pleased and for which there is an interesting story. 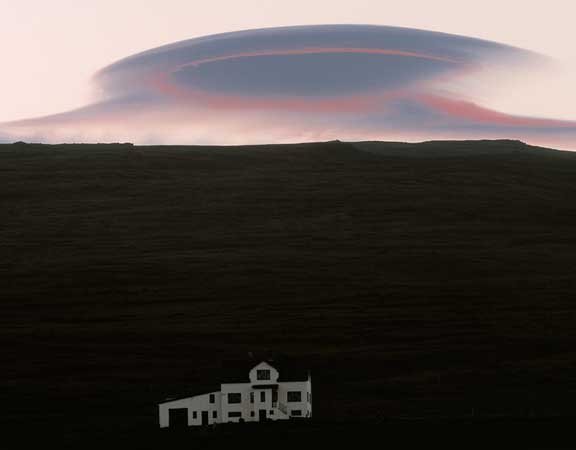 Iceland, which I visited for the first time in late June, offers up some of the world’s most spectacular landscapes. But, I was unprepared for this otherworldly scene. It was 2am on the day after the summer solstice and we were driving on Hwy 1 in northern Iceland, close to the Arctic Ocean. This bizarrely illuminated lenticular cloud started to form and we quickly stopped to photograph it. A farmhouse was on the hillside before us. (Sunrise would be 1 hour later, at 3am).

To hold both the sky and the foreground would have required the use of a 3 stop split ND filter. I had one in the truck, but decided not to use it‚ instead lettering the foreground go dark, adding to the mystery of this already remarkable scene. 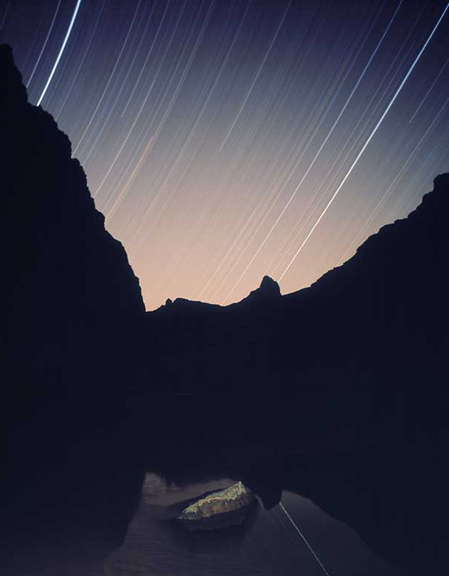 On myworkshop expeditionrafting the Colorado River through the Grand Canyon this month most of us shot star trails on one or more nights. This particular exposure lasted 6 hours. Seven manual pops from a small flash gun were used to illuminate the foreground rock prior to beginning the night-long exposure. A new-moon ensured that the sky remained dark, while a sheltered location prevented any wind from disturbing the star trails that were reflected in the river. 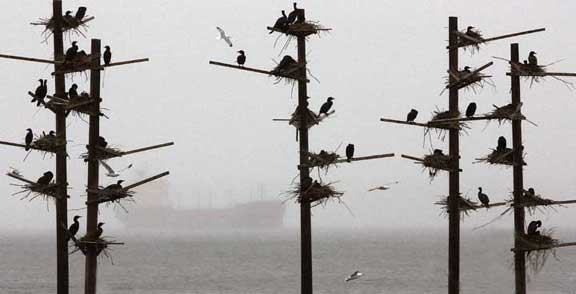 A curious combination of urban landscape and wildlife, this photograph was taken in the harbour of the gritty steel city of Hamilton, Ontario while testing the new Canon EOS D60, digital SLR.

These clearly artificial "trees" create what I whimsically think of as a bird condo‚ with a view. The almost monochromatic light of a foggy day is broken only by the slightest hint of red in the hull of the approaching cargo ship. 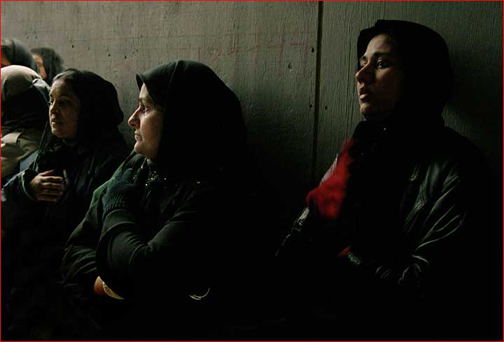 Though landscape and wildlife photography are my main focus, my original career was as a photojournalist during the late ’60s and much of the ’70s. I still harbour a passion for street photography.

Sometimes exciting photographic opportunities present themselves unexpectedly, such as this timeless image of three women at a religiousprocessionin Toronto on an afternoon in late winter. 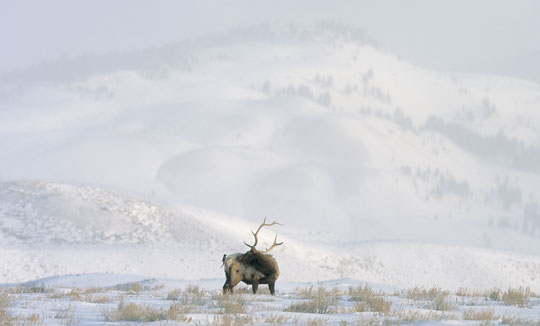 A four-day shoot inYellowstone National Parklate in the month produced an interesting selection of both wildlife and landscape images, of which I feel this is the strongest.

It was our fourth morning in the park and we had been driving for a while looking for the full moon to set shortly after sunrise, but it went behind some clouds and never reappeared. Somewhat disappointed at this we rounded a bend in the road and spotted this bull Elk in a field, with the distant hillside bathed in a hazy morning glow. Only after putting my 400mm lens on the camera did I see that there was a Magpie sitting on his rump. He seemed more curious as to what the bird was up to than annoyed by it. We were grinning from ear to ear.

The making of this photographs will be featured in forthcoming issues ofThe Video Journal. 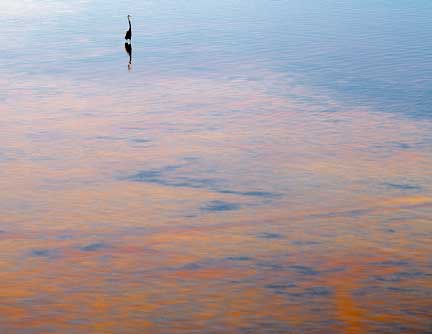 I never count on coming back from a vacation with any terribly worthwhile images, but a winter get-away in theYucatanlead to a visit toCelestÃƒºn, a quiet fishing village located within a wildlife refuge on the Gulf of Mexico, and a few strong images. This photograph of a crane wading in the shallow waters of the estuary appeals because of the colours‚ which are reminiscent of a Monet painting.

These are caused by the seasonal run-off from the surrounding Mangrove trees. A polarizing filter was necessary to bring out the saturation of the colours and to remove reflections in the water.

Featured images from 2001 are foundhere.

Featured images from 2000 are foundhere.