SheddingSome Light
On The Subject

I’m a landscape photographer, therefore fill-flash, or the use of anything that isn’t part of the natural scene before me, was not a consideration. For many years that was the way I worked. In the early days of my photography I believed that you merely captured what was available. Mostly what I ended up with was a straightforward documentary photograph. I made one exposure, usually for the highlights, and that was that.

A couple of things began to change my thinking. I enrolled in a college photography program and found myself in the Art department where it was the practice to manipulate images; the main idea being to say different things. The key was to come up with something that hadn’t been done before. It started me on my long, long journey to learn to see light. Or more precisely, what wasinthat light and how film might see it.

The second part of the process for me was the day I read an article by a photo editor. I don’t remember where this appeared but what stuck with me was the comment aboutGalen Rowell. The editor stated that he realized that Rowell was beginning to see and express himself on a new level. He went on to say that he could tell that he was taking his photography more seriously. The key, he said, was the fact that he could see light being brought in as fill. At this point a light went on for me as well.

At first I had to go back several times to distinguish where the shadow detail was now visible in the photographs that accompanied the article. It was so subtle I couldn’t tell upon first viewing. I was impressed but lacked the tools to try it myself. I kept the idea in mind for quite some time though. I started to think about where I’d use it if I could. It made me see a setup differently even if I couldn’t do it. I was starting to see light. I was starting to see the lack of it too! 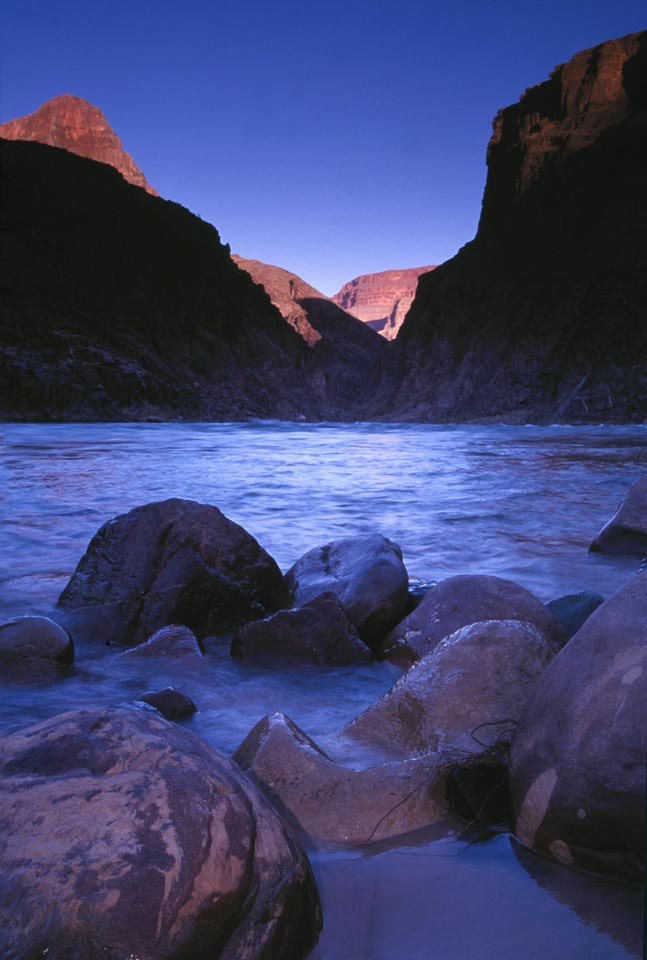 In 35 mm photography, before TTL metering, you could do all the arithmetic with a flash’s Guide Numbers and get very good main illumination. It would tell you if you were reaching your subject and what your depth of field would be.  It didn’t give you much more than that though. In the early stages I used to try and outsmart my system. It wasn’t that complicated. You just figured that if the flash wanted f/8, for example, you could fool the flash unit into thinking that you were really at f/4, or f/16, depending on what your intent was. Of course the results were all over the board. I would have guessed my batting average back then about that of today’s million-dollar shortstops. Something approaching one for every ten or so.

That’s all changed now with automatic daylight balanced fill-flash from the newer Canon and Nikon units. However, let me just say right up front, that I know of nothing that can kill an image faster than flash in the field, except maybe the improper use of split neutral density filters. So let’s look at some of the ways that you might think about using outdoor fill-flash. 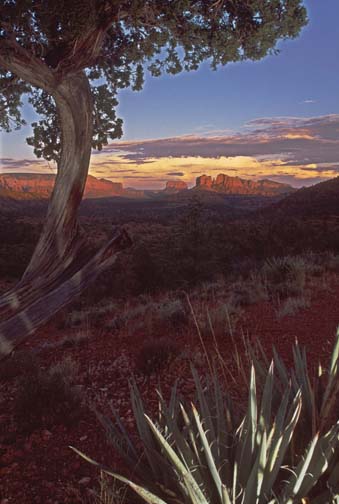 "When to use it?" is the big question. "Not often", is my answer. Nature provides most of what’s needed in the field. You can help but you can’t create. What you do has to look natural. There’s one exception to this rule. If the landscape you are photographing doesn’t look natural then all bets are off!

My landscapes are heavily weighted to foreground. I’ve always loved the near-to-far aspect of depth of field.  Most of the time I want something in my composition to be "up front" and to lead the eye outward to the rest of the image. If I don’t think the film will see enough detail in the immediate foreground then the bell rings. Out comes my flash unit.

The first thought is‚ what do I want illuminated? Then comes a further series of questions to answer the first. What angle? How much of it? Do I want to see it or just fill shadow? Next will come the off-shoe cord if needed, or a second flash unit.

I use all the tools at my disposal. I take a look at the composition and figure what I’m exposing for. I then try and figure out what the film is likely to see of my foreground at that exposure . If it’s somewhat the same as my overall exposure then it’s fairly simple from there. I know that one-and-one-quarter stops under-exposure for the flash is likely to give a fill for the shadows and nothing more. I know that one stop under should give just modest shadow illumination. Sometimes that’s it. Sometimes not. 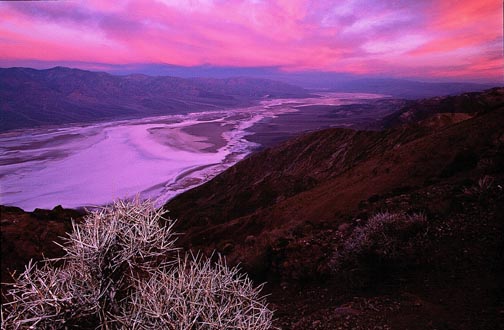 At this point the thinking cap goes into high gear. A split neutral density filter will hold the sky so let’s balance the flash with this reading and position the head to illuminate from underneath, or overhead. Let’s fill from the side and underexpose the film but not the flash. Could help the clearing storm for drama. How about getting as far back from the camera set-up as possible and overexposing the flash a full stop? Now how about colored gels over the flash? Did I mention that I shot the setup without filters or flash to begin with? Always do at least one frame without flash, just in case you screw-up!

Well I’m sure you get the idea. Nothing works all the time, but a lot of these techniques work for me most of the time. I’ve found that I have two ways to bracket‚ the basic camera exposure and the fill-flash adjustment, and therefore two ways to think. And yes, it’s fun to hear your photographer friends joke about what you’re doing. "Does he really think he can light up the entire Grand Canyon with that flash"? Ya, I can!

Here is a comprehensive guide to Canon flash technique.

Need a Photographic Guide to the American Southwest?