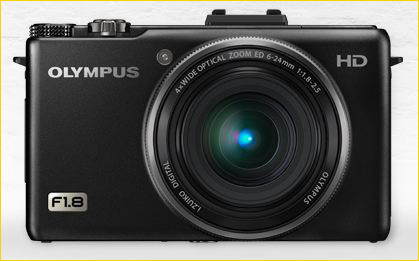 I do many types of photography. With my long-time background as a photojournalist I need an appropriate camera for street shooting. My love of the outdoors and wild places means a camera suitable for high quality landscape work. I’ve done sports and wildlife photography, and that means a completely separate type of camera. So does studio work.

You see where I’m going with this, don’t you? No one camera fits all. Not for any one photographer and his or her needs, nor different photographers. That’s why the world has Holgas as well as Hasselblads.

But one type of camera that most serious photographers need in common is a pocket camera. Something that easily comes along wherever one goes – from a walk in the park to a night on the town. If your eyes are open you never know when a worthwhile shot is going to present itself.

But with the advent of cell phone cameras the ubiquitousalways-presentcamera has become a reality, so why bother with anything else?

A good question, and one that causes traditional camera makers to stay up at night with the sweats. 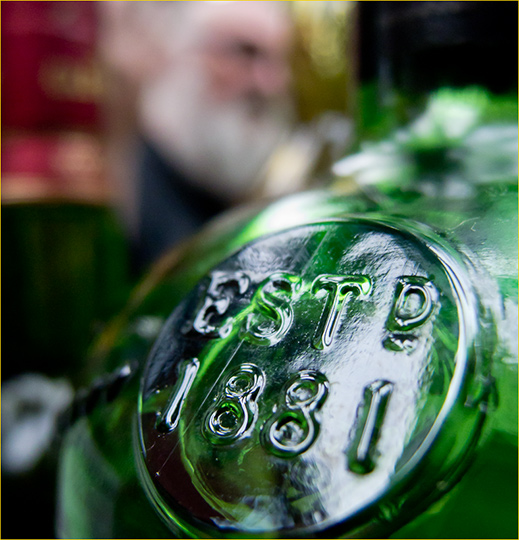 No sooner is a niche identified than camera makes try and fill it. One niche that I have found fascinating over the years is the pocket camera. No, the cell phone just doesn’t cut it for me. Sure, I have an iPhone and take snapshots with it. But I want a real camera: one that can always be with me and yet still produce publishable results.

In the days of film my favourite was theRollei 35. But now in the digital era the search continues.

There are no end of shirt-pocket sized digicams. The problem is that the camera makers are still fighting the megapixel wars, and insist on putting ridiculously high megapixel count (14-16MP) and mega-zoom lenses in cameras with microbe-sized sensors. The result – really bad image quality. I keep my eye on trends, and have recently tested (though not published reports on) theSony HX9VandOlympus SZ-30MR. Both were interesting, but ultimately found wanting in terms of image quality. Just not what I need.

Over the past few years there have been a few cameras that are of pocket size but which produce decent image quality. ThePanasonic LX3/5,  Canon S90/95 andSamsung EX1are three cameras that hit the spot. There are pros and cons to each, but these have been the most popular among photographers.Canon’s G11/12andNikon’s P7000are in the game for some, but are bigger than I would prefer for daily walk-around use. 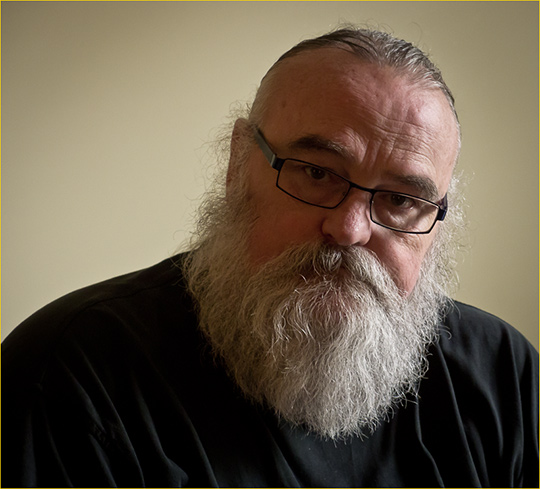 Olympus has historically been a company associated with small yet high quality cameras. It’s taken them a while though to zero in on the medium-sized sensor pocket camera segment, but it would appear that their time has been well spent, because theXZ-1presses all the right buttons – so to speak.

Rather than repeat here all of the camera’s specs (which are easily found on themanufacturer’s web site) I will focus on those features and attributes that help make the XZ-1 a stand-out choice in this segment.

10 Megapixel sensor : High enough resolution for a decent 11X17″ print, but not so high that image quality suffers

auto bracketing up to 1.7EV 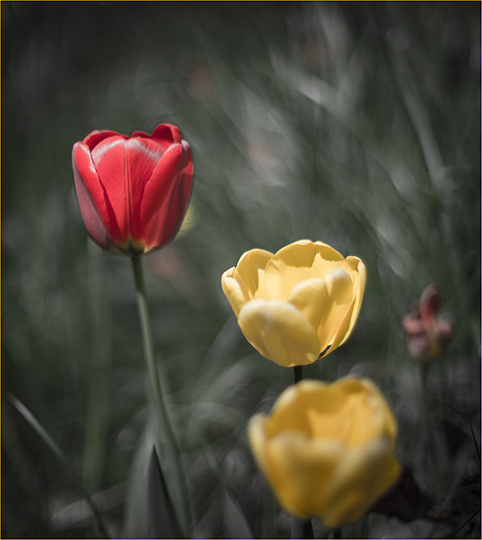 Whenever I’ve tested or worked with an Olympus camera in recent years (I’m not including the spectacular OM series from days of yore) I have had mixed responses. Lens quality, almost without saying, is excellent. So for the most part is build quality. User interface has been a mixed bag though.

Olympus has made some strides in this area with the XZ-1, because after a bit of familiarization I found the UI to be quite intuitive. I particularly like the multi-function ring around the lens. This takes on an appropriate function depending on the shooting mode. So, in P mode it adjusts ISO, in A mode aperture, and in S mode it adjusts shutter speed. We saw this first in the Canon S90 where the ring can be set by the user to a desired function. On the XZ-1 the camera decides this for the user, but the way it works makes sense, and one can always also adjust these settings via the rear controls as well.

Similar to some other camera maker’s approach, the XZ-1 has a secondary menu systems that provides quick access to frequently needed controls. It, combined with a less cluttered main menu than seen in some previous Olympus models, makes control of the camera’s various functions reasonably accessible.

In addition toPASMand access to various “Scene” and “Art” modes the top dial has aC(ustom)setting. One can set up the camera with all settings the way you want them for a particular style of shooting and memorize this into the C position. This isn’t all that unusual, but I mention it because it allow me to set AE bracketing the way I want it.

Recently I’ve been doing an increasing amount of hand-held HDR shooting. The way I set this up is to have the camera in Aperture priority mode and with a 1.75 stop +/- three stop setting. The XZ-1 is one of the few pocket cameras that I’ve used of late that offers such a wide auto bracketing range. (The LX5 goes even higher though).

The XZ-1’s stand-out feature is its lens. At 28 – 112mm equivalent, and f/1.8 – f/2.4, the only pocket camera with a comparable lens is theSamsung EX-1, but it has just a 3X rather than 4X range. And though the EX-1’s image quality is quite good, it seems to me that when it comes to resolution the iZuiko seems to have a slight edge, especially at wider apertures.

A silly thing to mention? Not really. While very small sensor pocket cameras have self-capping lenses, camera with larger wide-aperture lenses can’t, for mechanical reasons. A cap that’s tethered by a small lanyard is found on the Panasonic LX-5, for example, but if you forget to take it off the camera beeps and complaints and can’t shoot until you do.

The XZ-1 is more clever than that. The lens cap is a pressure fit, rather than tabbed, and when you power the camera on the lens cap simply pops off and you’re shooting. Being tethered, it doesn’t fall to the ground. Seems a bit of a simplistic solution, but it works. Clever.

The rear LCD has very high resolution, and due to being an OLED has excellent contrast, a wide viewing angle, and low battery drain. It is not articulated though, something that I appreciated on the Samsung EX-1’s design. 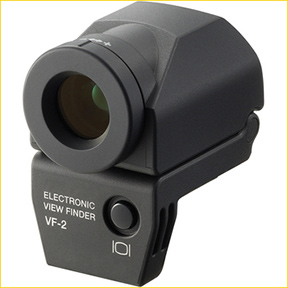 This is a personal bias thing, but I really can’t work properly with a camera that doesn’t have an eye level viewfinder. The Canon G12 and Nikon P7000 have small optical viewfinders, and while they’re better than nothing these cameras have grown too large for my needs and the viewfinders are too small and inaccurate. The Panasonic LX-5 can take an accessory EVF. It’s small and not too expensive, but the quality isn’t that high.

The Olympus XZ-1 takes the same VF-2 electronic viewfinder as their Micro Four Thirds cameras, and its a honey. At $250 it’s on the expensive side, and is none too svelte. But with 1.4 million dot resolution, adjustable brightness and colour temperature, and adjustable diopter, it’s the best EVF in the business. Because its removable one can work with the small XZ-1 and its rear LCD when the conditions permit and aren’t too demanding, or pop the VF-2 out of your pocket and enjoy the best EVF in the business.

I did not test the camera’s video capability this time round. I do note that that files are saved in the Motion-JPG format, which would not be my first choice. AVCHD is much more efficient.

The XZ-1 is supplied with a USB cable for charging, along with an AC charging adaptor. This can be very convenient, especially when one is traveling with a laptop. But without a separate charger keeping a second battery charged can be an issue. 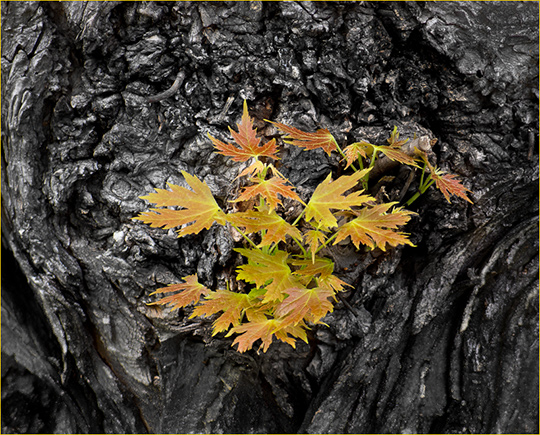 One doesn’t look to cameras of this type for exhibition quality images, so there’s little point in an exhaustive analysis of IQ. Some rough and ready comparison tests against the Panasonic LX5 and Samsung EX-1 show them to be within spitting distance of each other in terms of IQ. The XZ-1 is maybe a smidge noisier than the other two at high ISO, but I feel that the Olympus’ lens / sensor combination delivers just a bit more resolution than the competition. Close enough though not to be a deciding factor.

I did my testing with raw files processed in Lightroom, so I can’t really comment on comparative JPG quality. But what I saw with the XZ-1 is the same as with other small sensor cameras when a file is stressed. It falls apart pretty quickly. An example is seen inNew Growthabove. Even though it was shot at ISO 100, when the channels are manipulated, such as having a desaturation effect applied as done here, the image becomes very crunchy very quickly.

But at low ISOs (up to 400) and without too much file manipulation the XZ-1 is capable of producing very acceptable image quality on up to about 11X17″ prints, and is certainly more than acceptable for web-destined images. In comparison with its primary competitors from Canon, Panasonic and Samsung, I would judge it as having a very slight edge in terms of usability though not high ISO noise. The lack of an AE/AF lock button or soft key will mark it down a peg for some photographers.

When it comes to usability, its a real horse race. If you already own one of the competitive cameras mentioned I don’t think that a move to the XZ-1 would gain you much. But if you’re in the market for a pocket camera capable of producing decent image quality then you owe it to yourself to visit a dealer and look at the Olympus XZ-1 alongside the Canon S95, Panasonic LX5 and Samsung EX-1. It’s a very worthy entry in a tough market segment.

FacebookTweet INTRODUCTION The last couple of years has seen an expansion in the full-frame mirrorless sector. All the major camera manufacturers, including Nikon, have stepped

Utah has more National Parks than any other state in the U.S. The reason for this is likely because it has more remarkable and varied