Naturally, I suppose, a whole bunch of people let me have it last week for my apparent endorsement of a particular brand of camera, and I heard from a few folks who were offended that I dared talk down the exciting Canon 300D.

But hey, I’m only human. I have my preferences, just as you do.

And let me just make one wee small observation here — I think we might all profitably remind ourselves from time to time that this stuff is neither a jihad nor a crusade. Even when we’re talking about digital ones, we’re still talking about cameras. You remember, photography? Something we all have in common as a fun hobby, creative art, or way to earn a living? The digital camera you buy today or tomorrow is not going to define your worth as a human being, and, if you buy the wrong one, your dog will still love you. So if anything I write enrages you, change the channel. I’m just having what I call fun. 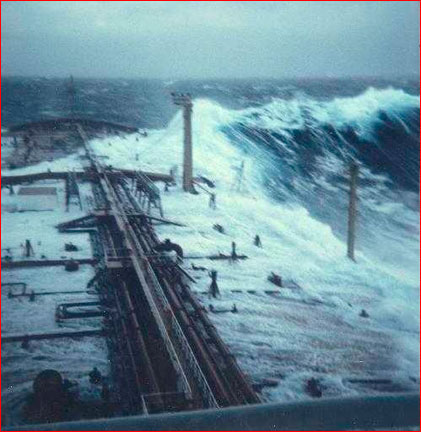 Photograph by Philippe Lijour. Details below.

Back to the topic: It’s true that the Digital Rebel breaks new ground for a digital SLR. That’s one way to look at it. However, there are two ways to look at it. The other way is that it doesn’t offer much more than does the “Dark Angel” (Sony’s code-name for the F-828).

The Rebel has 6 mp. Okay, and the Sony has 8. No, pixel count isn’t everything.

Canon’s camera has a CMOS sensor. Okay, but Sony’s has its new four-color sensor. You say po-tah-toe, I say po-tay-toe. Until production-model tests clearly show that one is superior to the other — assuming that happens — I’ll have to reserve judgment on this one. Dissimilar routes to similar ends.

Sony’s LCD can be used as a finder. Canon’s, like that of all DSLRs, is review only. Point to Sony.

About now, 300D partisans are screaming,What about the digital Rebel’s interchangeable lenses! He’s ignoring the most important point!

Really? Remember that the digital Rebel is, er, a Rebel. Most film Rebels, statistically, are sold with one zoom lens, and that’s all their buyers ever buy. So with the digital Rebel, it’s true, you are free to use your EF 15mm lens, your 90mm tilt-shift, and your 300mm f/2.8 Ultrasonic…

…Assuming you can afford those lenses but can’t, for some reason, afford the extra $500 for the 10D?Riiiiight. Seems to me that a longer consumer-level tele is the digital Rebel’s onlylikelyaugmentation, for most people. And the Sony isn’t subject to dust on the sensor, and the Sony’s Zeiss lens is a lot faster than the new lens for the 300D. This all may not be a wash, exactly, because it depends on one’s predilections and preferences. Interchangeable flexibility, or all-in-on convenience? Long tele, or a faster lens? Slightly higher pixel count, or (likely) lower noise at high ISOs? But it doesn’t mean that Canon has solved the digital problem for everyone, either…necessarily.

Of course the good thing is that both of these fascinating new cameras are likely to take nice digisnaps, of a quality we could only dream about a decade ago, and for prices that seemed impossible even more recently than that. And that’s a good thing. So take your choice, if you’re lucky enough to have a choice to make, and have fun shooting.

If anyone’s interested in the data, I got 1500 e-mail messages in the twelve days I was on vacation, only about a tenth of which were for me. But even that pales against the new record: 145 spam messages in the space of about 15 hours. Apparently, modern, computerized market research has urgently pinpointed me as someone a) who is in need of another mortgage and a larger penis, b) who honestly believes that some Nigerian dude needs my bank account to transfer $20 million, and c) who enjoys an endless stream of dirty-talk about “teens” and (I’m guessing here) male chickens. I plead innocent of all these concerns — or would, if I had any say in the matter. 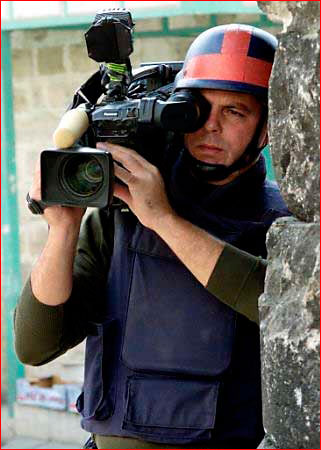 The Pentagon last Sunday affirmed that a U.S. Army tank in Iraq “engaged” an unarmed photojournalist named Mazen Dana. The tank won. The soundman who was with Dana at the time, Nael Al-Shyoukhi, said that Dana walked “three or four meters” from their car in plain view, and that “we were noted and seen clearly.” Apparently the soldier who shot Dana in broad daylight thought his video camera might be an anti-tank gun. Mazen Dana was a well-respected, well-liked, and award-winning cameraman with Reuters News Agency. He leaves behind a new widow as well as four profoundly unlucky young children.

Used to be, it was theenemythat our photojournalists had to watch out for.

The Very Picture of a Rogue

Every now and then I’m utterly astonished by a photograph. The one near the top of this column was taken by a man named Philippe Lijour, from the tower of the supertankerEsso Languedoc, off of Durban, in 1980. It is to date the only known photograph of a so-called “rogue wave,” a term applied to occasional waves in a storm that can tower above all others and, sometimes, come from a somewhat different direction. Photographer Lijour estimated that the “mean sea” (i.e., average wave height) at the time was about 15-30 feet. The only way to judge the height of the rogue wave in the picture, which approached the ship from abaft the starboard beam and broke on the foredeck, is to compare it to an object of known height. In this case, the top of the short mast you see on the right-hand side of the picture is82 feetabove mean sea level.

Since the trough preceding a rogue wave can be abnormally deep, this means that, from the ocean surface — say, from the deck of a sailboat — the wave in this picture would have seemed as high as an eight-story building.

Until a surprisingly recent time, “rogue waves” were thought to be a sailor’s superstition. Not as surprisingly, nautical experts now believe not only that rogue waves exist, but that they are probably responsible for a large percentage of ocean shipwrecks, including many in which boats or ships disappeared without a trace. TheEsso Languedocin this case suffered only minor damage.

Keep your cameras at the ready if you can, even in bad weather.

Michael and I are hopeless gear addicts.  It’s hard to keep up with the latest gear with new lenses and cameras being introduced at such