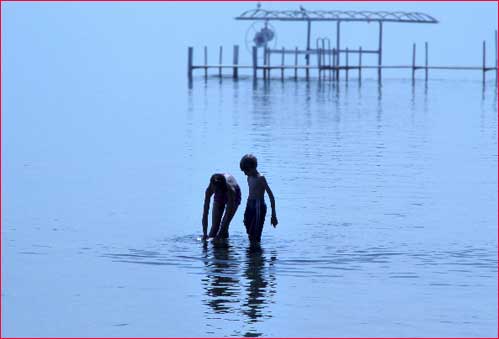 Because of the imperatives of the marketplace, many photographers pay far too much attention to the acquisition of hardware, and far too little attention to their growth and development as photographers. Many of us, even if outfitted and equipped to a fare-thee-well, often don’t have a very clear idea of how to become better at actually taking pictures.

I’m going to suggest a specific exercise, one which has proved to be a lot of fun as well as an excellent method for getting over "photographer’s block." It requires a lot of dedication, some money, and a fair amount of discipline‚ but, as we all know, photography isn’t cheap, and it isn’t always easy.

Keep in mind that it’s just an exercise. Like most exercises, its restrictions and repetitions have a point and a purpose. Don’t shortchange yourself! The point of the exercise is going to be to adopt a specific working method for eight weeks, to produce eight prints. (Ten is better, if you can swing it. Minimum, six.) There are a number of conditions and steps.

Step one is to name your axe. That is, decide which of your cameras (if you have more than one) is your main working tool. (For purposes of simplification, I¹m going to assume the use of a 35mm camera. Any handheld rollfilm camera will do.) Then, select one lens. Again, it should be your favorite lens, the focal length or zoom range you feel most comfortable using. If in doubt, prefer a fixed (single) focal length lens, and try using a wider lens rather than a longer one.

Once you’ve chosen, no switching. (And no cheating!)

Then, find a good custom lab that runs a color neg line and that makes custom C-prints. Speed is of the essence, so a lab that will develop and proof the same day‚ or overnight‚ is best. If you live in the country, out of range of a commercial lab, a "One-Hour" processor will do, and then you can send away for the custom prints.

You’ll be shooting one roll every weekend. An important aspect of the exercise is that one roll is all you get. And that’s all you can shoot every week for the duration of the exercise. That one roll will become precious‚ unexposed film, to a photographer who loves to shoot, is definitely a form of wealth!

Here are some guidelines for shooting. First of all, get on foot. Nobody shoots well from the car. The further you drive, the less you’ll see. Pick any area that seems promising‚ or one that doesn’t. Get out in it. Poke around. Don’t worry if there¹s nothing "picturesque" around‚ there are an infinite number of potential pictures in the world.

Like jogging, you will get the most benefit from shooting your roll the longer you spend at it. Try to make the roll last at least a couple of hours. And don’t be doing anything else‚ have your camera in your hands the whole time. Shoot alone. Concentrate only on shooting.

When shooting, try to be as loose as possible, but make every shot tell. Take no duplicates. Waste nothing. Try as hard as you can to avoid clichés‚ eschew all of the obvious shots, and (assuming you’ve previously been able to identify what they are) avoid your usual "tricks." Don¹t take any picture you’ve ever seen before. Edit as you shoot‚ don’t push the shutter button if you suspect you won’t really want that particular picture. But, conversely, try to be as loose and reactive as you can be if the situation demands it. Be open to anything‚ try to shed your preconceived ideas. If you have any rules of composition nagging at your brain, ignore them‚ or, better yet, break them. The less rigid you can be about what makes a good picture, the better. It’s only an exercise.

Then get a proof sheet made‚ the sooner, the better. If you shoot on the weekend, you should have the proof sheet in your hands by no later than Monday evening.

In deciding, spend as much time with that proof sheet as possible. Study it. Pore over it. You should look carefully at each and every picture on the proof sheet every single night for a week. If you have a magnifier, so much the better. Think about the problem during the day. Narrow the field slowly. And don¹t get any help or outside feedback‚ make the decision all by yourself. Again, the more time you spend making the decision, the better. You have one week.

Here’s what to look for: you’re trying to choose the one frame that you most need to see printed large. Not the "best picture." Not the one that’ll impress anyone else. Not the prettiest or the one that’ll be technically most excellent. Try to pick the one you think will have the "longest legs": the one that will remain interesting to look at for the longest time. It could even be a frame that bothers you somehow‚ that you feel uncertain about, or even hostile towards. Remember, this is just an exercise. You’re looking for the one that gets under your skin. And make your choice exclusively for yourself, not for anyone else, and not with anyone else’s values or opinions in mind.

Then, at the end of the week‚ ideally, when you take the next weekend’s roll in to be developed‚ have a custom 16 x 20-inch print made from the one frame you’ve chosen. Not an 8 x 10, and not an 11 x 14. A big print. And the print absolutely must be full-frame‚ showing all the film edges (most custom labs will do this on request). The big print also forces you to invest in that one picture, literally and figuratively. This is by design.

Another part of the exercise is that the frame you choose is all you get to print from that roll. Ever. Try not to cheat (sometimes it¹s hard).

Put the print up in your home some place where you’ll see it often‚ by the telephone, by your desk, opposite your kitchen table. Look at it often. Live with it. Let it sink in. The next week, take it down and put the new one up.

And this exercise isn’t only for beginners or amateurs, either‚ after all, even athletes need to keep in training, figuratively speaking. What I found when I tried this myself a few years ago, just to jar myself out of a spell of the doldrums, was that it was more fun that I imagined it would be‚ and I came up with some pictures I still really like.

Maybe you can, too. Give it a try! 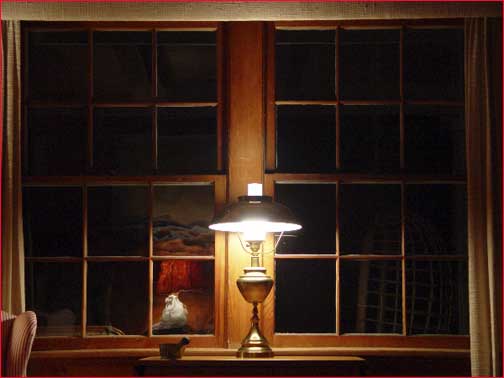 Mike Johnstonwrites and publishes an independent quarterly ink-on-paper magazine calledThe 37th Framefor people who are really "into" photography. His book,The Empirical Photographer, is scheduled to be published in 2003. You can read more about Mike and findadditional articlesthat he has written for this site, as well as aSunday Morning Index.