Key Thoughts and The Zen of Fishing

I liken the thoughts that I keep in mind when photographing to "swing thoughts" or "key thoughts" in golf. Sam Snead used to say that he’d just hit some practice balls and try to find one or two swing thoughts that worked for him that day, and go out and hope for the best.

In golf at least, the more swing thoughts you have, the worse you do.

Two of my best "key thoughts" while shooting are two mottos I heard about from two different photography teachers. They are "Never clever" and "The name of the game is to fill the frame." I try not to complicate things beyond that. It ain’t easy.

"Never clever" (which comes from a California photo teacher whose first name is Tom, by way of one of his former students, now a real estate agent in Vermont) is helpful because it prevents us from trying to assert ourselves all the way into every frame. Too many photographers are constantly striving to prove how creative they are, as if every photograph they make has to attest to their genius (or, worse, their "style"). Sometimes, what’s in front of the camera is enough; getting out of the way of the picture is better than willfully interposing our own "vision" on every shot we take. 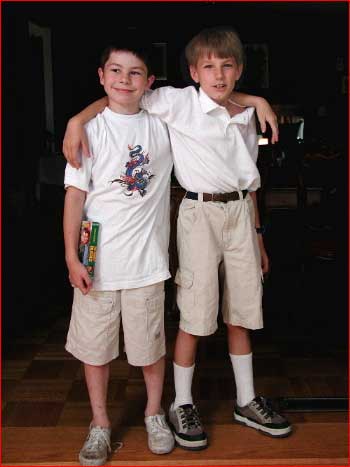 ‘Never Clever’: Like a tape recorder, a camera is a recording device. Don’t feel that the most important thing about every picture is to make people aware of what a genius you are. Just take the picture that’s in front of you.

The other thing I find really helpful is to constantly remember to discard my expectations. Photography is a bit like fishing. You can think and prepare all you want, but sometimes the fish bites and sometimes it doesn’t. (Also like fishing, those who know what they’re doing stand a much better chance of success than those who don’t. But there’s still that element of serendipity involved.) Those of us lucky enough to be shooting as amateurs, for ourselves, ought to remain aware of this. Many photographers force their work to conform to the ideas they had when they shot. But the reality is, some shots work and some shots don’t, and which is which does not always have much to do with what you wanted to have happen.

While shooting, you may get turned on by a certain situation and work it hard, taking many shots from many different angles. But it’s still possible that none of them will be a very good picture. Conversely, you may snap a casual, offhand shot without having any real hopes for it‚ and it may turn out to be the best thing you shot that day.

When you edit and print, forget what you were thinking and hoping for when you took the pictures, and look at the pictures that are in front of you.

This is harder than it sounds. When I took the picture below, of a woman sitting at a piano, singing, the central event in the room was the sound of my friend B.’s lovely voice: clear, pitch-pure, and expressive of her innate good-heartedness. Naturally, as I shot what was happening I concentrated on her. I also had a very clear idea of what I wanted: I’d photograph her exaggerated facial expressions as she sang different songs for the kids, then print four pictures one above the other on the same page to try to convey the dynamism of the singalong.

Sure enough, when I got down to making the book page, I first tried to realize this idea. I printed out small versions of a bunch of the singing pictures, and tried different versions of the four-pictures-stacked idea. I picked two arrangements that seemed to work best and printed them out.

Who knows? I had the right bait, right time of day, and I knew where the fish were; I just didn’t catch what I wanted, is all. It happens.

I finally realized that this picture was the best of the group, and that it didn’t need any other pictures to go with it. Some people are frustrated by the blurring…until they accept the fact that the picture isn’t of the singer. It’s a picture of the little girl on the lower right side of the frame. Who knew? At the time, not I. 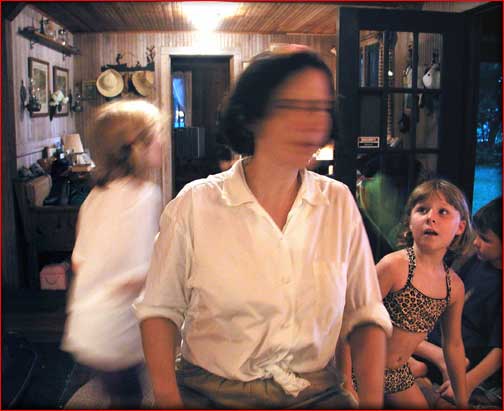 ‘Discard your expectations‘: sometimes what works is not what you expected would work. Look at the pictures and don’t get distracted by your own ideas.

Sometimes you’re fishing for bluegill but you get a perch, is all.

Respect Where You Stand

As shooters, we all need to be mindful of where we stand in our own development. We need to know when to respect where we are, and when to stretch beyond what’s become comfortable. As beginners, people tend to be impressed with clear, sharp pictures that have good color or tones and are well-exposed. (They look "professional," in the common parlance.) Well, nowadays I can take a clear, sharp, well-exposed picture of just about anything at any time, with any sort of camera; it’s no longer any sort of challenge, and hasn’t been for some time. Some people need to pay careful attention to everything in the frame, and look at all four corners and the background before they shoot. Me, I’d been doing that for so long and so habitually that the challenge for me as of a few years ago became to shoot quickly and reactively, without thinking, trusting instinct. (Using the LCD finder of a digicam has been a big help.) It was tough at first. So, some of my recent shooting is maybe a little too loose. That’s okay. It’s just where I happen to be right now, is all.

Oh, and there’s one more nice correspondence between photography and fishing: the more time you spend, the more inevitable success becomes. You can’t catch a fish without having your line in the water, and you won’t take good pictures without your camera in your hand. Photography is comforting that way. Spend the time, and you’ll get results. That’s a nice "key thought," right there. 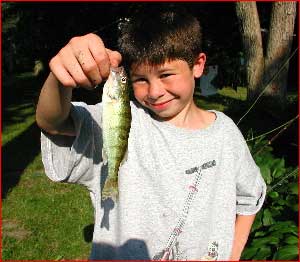