So You Think Medium Format Digital is Easy? 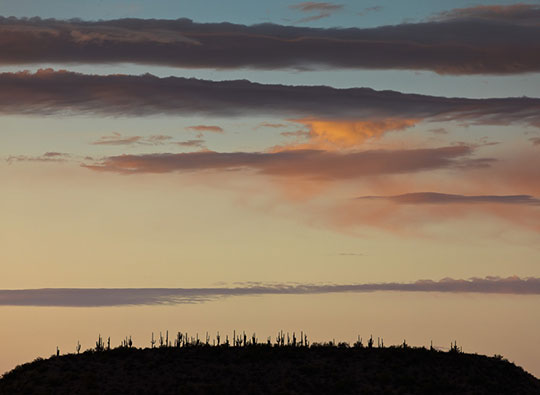 On this site’sWhat’s Newpage for April 14, 2009 I wrote the headlineSo You Think Medium Format Digital is Easy?It was an introduction to two important articles written byJoe Holmesabout the challenges related to producing the highest possible image quality with medium format digital. These articles are available on Joe’s site. The first is titledMEDIUM FORMAT DIGITAL CAMERA OPTICAL PRECISIONwhile the second isGETTING TOP QUALITY FROM MEDIUM FORMAT.

What Joe addresses in detail are problems that exists with MF digital that can potentially get in the way of producing the image quality that these systems are capable of. Joe address issues such as sensor plane accuracy as well as lens and focusing screen calibration problems.

Lest anyone think that MF camera and back makers are doing a poorer job that 35mm companies, one only needs to read the concerns that people have with front and back focus on DSLRs, and the fact that Canon, Nikon and Sony have had to build in the ability for photographers to correct these problem themselves on their higher-end cameras. (For more on this see my review ofLensAlign, a tool designed to allow photographers to adjust their cameras and lenses).

So, rather then reiterate the concerns that Joe has detailed in his two essays I’d like to build upon them and point out several other issues which can stand in the way of optimum image sharpness and resolution.

From LF to MF

When shooting large format film (4X5", 5X7", 8X10", and even larger) one faces significant hurdles. In addition to the bulk and weight, LF systems use long focal lengths, which makes tripod stability a major issue, and because of their large profile (extended bellows) this means high sensitivity to wind.

Long focal lengths (even for normal and wide shooting) also means very small depth of field. Small apertures, needed to try and regain as much DOF as possible, lead to long exposures, which further frustrates ones ability to achieve high stability and therefore high sharpness levels.

Needless to say, highly accurate focusing, as Joe discusses for MF, is equally as critical with LF systems.

All of this is to point out that the larger and the higher resolution any imaging system, the greater the challenges in achieving optimum image quality. People shooting 21MP to 25MP DSLRs are now seeing that they too are facing these challenges, and MF digital shooters with 39MP to 60MP systems have it in spades.

One area though where I disagree with Joe’s premise on focusing is with regard to manual focus. I have always found autofocus to be superior to manual focusing and therefore use it whenever possible. Like Joe, I focus with AF and then recompose the shot. Or, if I’m using a manual focus lens, such as the 120mm Macro or 500mm f/5.6, I use the green confirmation light as my focusing gauge.

I have not tried the loupe approach (though I now plan on doing so for times when AF isn’t appropriate), but basically I have found that AF is simply more accurate and more repeatable than what can be done by eye and hand.

This of course begs the question of what to do when one doesn’t have an AF capable medium format camera, such as a Hasselblad V series or a Mamiya Z series. In this case one needs to use an accessory loupe, and Joe’s recommendations are right on.

I started shooting with a 16MPKodak DCS Proback in 2003 and since then have used Phase One P25 and P45 backs. Each step of the way, from 16MP through to 39MP, I found that with each resolution increment my field technique had to be more precise and accurate.

Since January, 09 I have been shooting with a 60 MPPhase One P65+back on a Phase One 645 camera. While I thought that the lessons learned from my days of shooting 4X5" and then earlier MF digital, were sufficient, this has not been the case. On landscape shoots in Antarctica, Zion National Park, and most recently Arizona during the past four months I have learned much about the challenges faced when shooting with a 60MP back.

I have always been a believer in heavy duty tripods, much as I hate carrying them in the field. My current favourite is the carbon fiberInduro C313, but some tests with larger older tripods left over from my 4X5" days are convincing me that I may have to go to something larger and heavier. Mass counts!

I have long been a fan ofReally Right Stuffheads, and use theBH-55with all my cameras. But, no longer with the Phase camera and back. My downfall was on my March shoot in Zion NP withMark Dubovoy, who was shooting with his Hassy and Phase back on anArca Cubehead. We were standing beside each other on a mountain overlook and I was cursing the frustrations of trying to adjust composition accurately with a ball head when Mark offered to lend me his Cube for a while.

Long story short – it was a revelation, and though I’m now some$2,400poorer I have never enjoyed such precision in setting up a shot. This has to do with the fact that I now treat doing landscape and nature photography with MF digital in the same way as I did when I was shooting LF film – slowly and with utmost attention to technique and precision.

Along with a massive tripod and solid precise head, proper shutter release technique is a must. Mirror vibration is a sharpness killer and so mirror lock-up is mandatory. Along with this is the use of self timer or an electric cable release (mechanical releases cause too much vibration).

I normally use a 3 second self timer delay, but some recent testing has shown me that 6–8 seconds is needed with longer lenses, such as a 300mm.

Here’s a test you can do at home. Firmly tape a laser pointer to the top of your camera and point it at a wall some 30 feet away while looking through the camera with a long lens, or with binoculars after mirror lock-up. See how long it takes for the red dot to completely settle. You’ll be amazed. 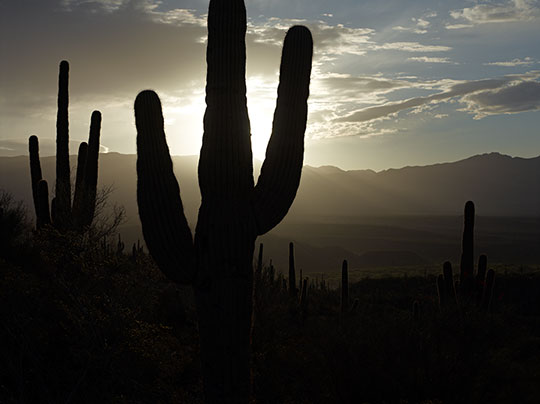 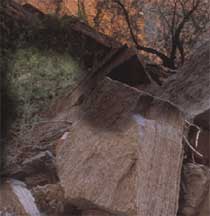 100% detail from above image

I should add that cameras with focal plane shutters, such as the Mamiya and Phase One 645’s, have an additional issue, and that’s shutter bounce. When a long lens is mounted, and the heaviest tripod and head are not being used, or the ground is soft, the opening of the first curtain can cause a certain amount of vibration which isn’t found with leaf shutter lens systems, such as the Hasselblad H series.

I find that pressing down firmly on the top of the camera with one hand, and one of the tripod legs with the other, can help when the ground is springy, such as on grass.

This first curtain motion problem is usually only noticeable with very long lenses, such as a 300mm or 500mm, and in the range of 1/2 sec to 1/30 sec exposures. Longer than about 1/2 second masks any short-term vibration by blending it over the length of the exposure, while shorter than about 1/60th second is fast enough to eliminate it if the tripod and head are solid enough.

The larger the format the smaller the aperture that one can use beforediffractionbecomes an issue. Compared with large format MF is less of a challenge, but one really shouldn’t shoot below f/11 on a 645 system if the highest quality is the goal, and one to two stops down from wide open remains the best rule of thumb.

I was laying in bed one night recently, haven woken at about 4am. The house was completely silent, and though I live in a large city, I couldn’t hear any noise at all. No furnace, no air conditioning – no distant traffic, nothing at all other than the sound of my own breathing.

As I lay there I faintly heard the sound of a train passing by about three blocks from my home. So faintly that I had to strain to hear it. But then as it passed I started to hear a couple of thin china cups that were touching each other on a shelf vibrate and tinkle together. Here I was in a solid brick house, three blocks from a passing train that I could hardly hear in the still of the night with the windows wide open, and it was causing the entire house to vibrate – at least enough to make the cups vibrate. I imagine if I’d been shooting a lens test at the time. I’d never have known what was happening.

I mentioned this to a scientist friend and he confirmed that there are silicon chip fabrication plants that have to place their photo etching systems on massive concrete slabs because of vibration from highways as far away as a half mile.

The lesson here is that when dealing with such high resolution systems one has to be sensitive (no pun intended) to absolutely every source of vibration, if the highest image quality possible is to be achieved.

Why do some photographers pay three to five times the price of a top-ranked DSLR for a medium format digital system? Simply because these cameras and backs are capable of delivering image quality higher than we’ve ever been able to achieve before, even from large format film. Yes, the best current DSLRs produce some very high quality images, but because of their use of anti-aliasing filters they simply are not capable of rendering the micro-detail that a 39 – 60MP MF back can deliver.

For fine art landscape and nature photographers this means 30X40" prints that are a joy to see, and smaller prints that have micro-contrast and micro-detail that rival what we used to get from large format contact prints.

But as Joe Holmes has outlined in his recent essays, it requires that back, camera body and lens manufacturers adhere to the highest manufacturing and quality control standards possible, or else all of our precision shooting techniques are of little avail. While the vast majority of backs, cameras, and lenses are excellent, it’s worthwhile to test and confirm that your equipment is up to snuff, and then use the best techniques that you can to get the most out of what you have.

Since the advent of photo-quality inkjet printing in the mid-1990sEpsonhas been the market leader. During the late 90's and early into the new century Epson

By: Gary Ferguson In the first part of this article we looked at how badly image quality was degraded by any shift from the plane of precise