There are a number of important questions about being a photographer that I don’t know the answers to. I suspect this is not because I’m being thick or stupid, which I sometimes am, but because thereareno right or wrong answers. In many other cases, I have strong feelings about an issue‚ but I can completely respect photographers who have come to the opposite conclusion (if their work convinces me of their conclusions, that is). That’s because I realize that there is no right and wrong; some things, we each have to decide for ourselves.

A number of the common locutions amateur photographers use‚ mainly without thinking‚ bother me. One of them is the phrase "this bothers me."

One of the ways that amateur photographers make their pictures "stronger"‚ one of the basic tricks‚ is to zoom in and crop out. Zooming in and cropping out (which are different ways of saying, and doing, the same thing) tends to simplify compositions, either by making the viewer’s attention center on one discrete object or else by reducing one aspect of a scene to a design element (pictures often known as "abstractions," another annoying dumb locution). This impulse to zoom in and crop out seems to be so strong for many people that it’s one of the few ways they can think of to talk about a picture. And "This bothers me" is the common shorthand way for an amateur critic to say that the photographer has not zoomed in enough or cropped out enough.

Typically, the bothersome thing is something random or partial that the photographer has allowed to impinge on the edge of the frame. If a bit of a power or telephone line nips the corner of a frame, if a leaf seems attached to the line of the frame edge, if something like a street sign or a half a telephone pole split vertically is allowed to form a border, well, it will "bother" some bourgeois camera operator somewhere.

Personally, I suffer just the opposite prejudice. If the subject of a picture is too cleanly isolated, too efficiently cropped, it makes me feel existentially antsy. I feel it makes me look like a guy who doesn’t know or isn’t willing to acknowledge that the frame excludes a great deal and that the world outside of the frame is a hodgepodge, the picture merely a choice view plucked from the continual visual drone of the mundane, the banal, and the ordinary. 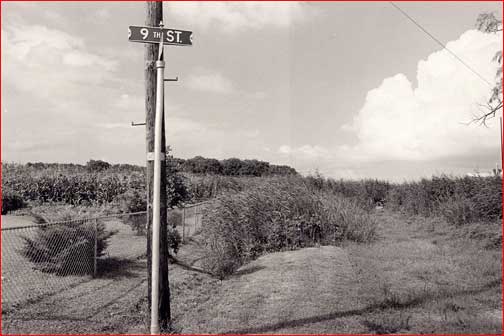 In 1979 I went to Ireland alone. I had planned to meet a girl, but she fell in love with an Englishman during her semester abroad‚ and neglected to inform me of that fact until after I’d bought a plane ticket.

You know what they say: "oh well."

I listen and observe a lot anyway, but when traveling alone I do it even more. In Ireland I listened to waitresses chatting as I hunched over smoked salmon salad, old men regaling each other with elaborate story-jokes over their pints in pubs, the give-and-take of families of tinkers and beggars by roadsides, the excited chatter of a group of schoolchildren on the deck of a ferry on a field trip to the Aran Islands.

One evening on the beach near Galway I overheard an American couple evaluating their vacation. "The problem I’m having," the woman said at one point, "is that Ireland doesn¹t look quite enough like pictures of Ireland."

I thought it was amusing that she didn’t phrase that the other way around.

Years later, I went to Steamboat Springs, Colorado. One of the most famous pictures in Steamboat is a poster of two cowboys on horseback in a snowstorm passing in front of a barn. The barn in the famous picture is still there. But without the benefit of the obscuring snowstorm, the mountains behind it are revealed to be pockmarked with houses and condominiums, and, scattered all around the barn almost at random, as if broadcast over the ground by a giant hand, are modern buildings of every description; I remember there being a muffler shop. I took a picture of the famous barn from the road below it, showing all the architectural detritus around it, but the light was dull and it looks so unlike the setting for the poster that it wasn’t even recognizable as the same place.

So what’s better inyouropinion‚ to show something in a way that is beautiful but false, or ugly but honest?

This is one of those things we each have to decide for ourselves.

A PowerBook Once Again?

FacebookTweet 28 years ago this fall, Apple released the first Mac PowerBooks. They weren’t actually the first portable Macs. Outbound Systems and a couple of