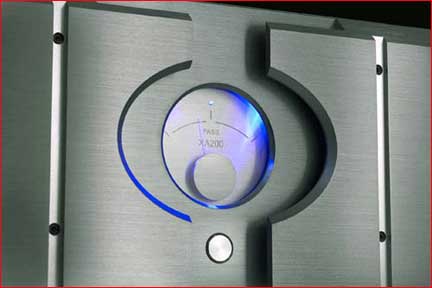 To begin with, I have a bit of a finely-pointed argument to make, so, if I may, I’d like to ask you to bear with me for a paragraph or two. We — by which I mean we Westerners, "Modern Man" — have been trained from earliest youth to be good at shopping. What this means is that we discriminate well between consumer products. In fact, for some of us, the activity of exercising this discrimination can be something that we’re so good at that we enjoy it. That is, it can actually resemblefun.

One would think, however, that those distinctions would be more crucial if the "spread" between good, better, and best were relatively morebroad. That is, it’s important to make distinctions between devices that perform with ratings of, say, five, seven, and nine on a ten scale; it would be important to avoid the 5-rated product and important to choose the 9-rated product. So as long as the spread is broad, it makes sense to call attention to the distinctions.

But one would think, logically, if the performance of various devices converged towards equality, that drawing distinctions for purposes of consumption would diminish in importance. That is, if it makes good sense to want to discriminate between lenses that rate 5, 7, and 9, it is relatively less important to argue distinctions between lenses that rate 9.3, 9.4, and 9.45. Does that seem reasonable?

So it is with lenses. In the distant past there were great distinctions in performance. Today, those distinctions are minor: most lenses are quite good; virtually all are good enough; and the differences between the best ones are vanishingly small. But rather than causing us all to relax and stop arguing, the effect of the ever-diminishing differences in performances is to make us argue all the more.

I don’t know why. Write it off to human nature. These days, though, virtually all good lenses are clustered close together at the very topmost end of the scale of excellence. It is difficult to tell their results apart, and virtually any decent modern lens will do nicely for taking pictures.

However, as a self-professed "connoisseur" — a person who admits to getting pleasure out drawing distinctions so finely drawn as to be, for practical purposes, almost meaningless — I discern differences in lenses as an oenophile might discern differences between fine vintages of wine. And what I think about the delightful age-old rivalry between Leica and Zeiss can perhaps best be expressed in an extended metaphor.

Among audiophiles — that is, connoisseurs of electronically reproduced recorded sound — there is an equally ancient argument about solid-state or transistorvs. tube or valve amplifiers. Broadly stated, transistor amps have better measured performance and better bass reproduction, but can sound cold, clinical, or lifeless; tube amps aren’t as powerful and won’t drive difficult loads as well, but have a certain euphonic lushness and musical magic that can be intoxicating and addictive. As technology has advanced, the sound of the best tube and solid-state amplifiers draws ever closer together, so that the lines of "character" between the two types are almost blurred.

Forced to put it in words, I will say that I think we cannot fall back on measurements when trying to describe the house characteristics of the latest 35mm Zeiss lenses (say, for the G cameras) and the latest aspherical and apochromatic Kolsch designs for the Leica. Measurements hide as much as they reveal, especially since the distinctions are becoming so small now that, for pictures to reveal measured distinctions accurately, great care must be taken with technique. I think it’s more accurate to say that the Leica lenses metaphorically resemble great solid-state amplifiers while the Zeiss lenses resemble tube amps. Leica lenses may measure better and perform better wide open, but are a shade clinical and (even literally!) a bit colder — their color tends to lean towards cyan. Zeiss lenses, whose designs harken more obviously to the past (Leicaphiles will call the Elmar-M an exception to this, but of course it is and always was a derivative of a Zeiss design, the Tessar), cannot compete on measurements and specifications, or selection or exclusivity; but, when at their best, they have magic — a warmth (their color transmission tends to lean toward red) and a way with color reproduction that is inimitable. If the Leica aspherics are like a Pass or a Krell, the Zeiss Biogons, Planars, and Sonnar are Audio Research or Conrad-Johnson.

And of course all connoisseurs, whether audiophiles or photographers, have their own preferences — which they are all too well prepared to argue passionately and at great length.

Tonal Adjustments in the Age of Lightroom 4

The Power of CurvesIn Photoshop, my primary tonal adjustment tool has been the Curves Adjustment layer.   I would wildly guess that 85% of the

FacebookTweet Charlie’s Printer – The Canon Pro 4000 In this short article and video, we spend some time with Charlie and look at the printer