A lot of products pass across my desk for review. Software, hardware, cameras, gadgets, lenses, accessories — essentially anything and everything to do with photography. The purpose of this brief commentary is to point out a concern that I have been developing regarding the quality of a number of the products that I have seen in recent months.

Simply put, many of them are sub-par. They are poorly designed, have obvious flaws, and in my opinion simply aren’t ready for market.

A case in point;

In early November I received a digital camera for review from a major manufacturer. It was a digicam — one that I thought, based on its specs, held promise as a light-weight yet functional camera for users who didn’t need the bulk of a DSLR. When I went to install the software I found the following…

— The software had no options. It simply installed a broad range of programs, drivers and DLLs. Some 50 MB in all. There was no opportunity to select individual components or even to know what was being installed.

— There was noUninstall. Not as a selection from within its program directory nor underWindows Control Panel. This is terrible programming and no developer worth his salt should write code this unfriendly.

— Every time the browser / converter software is run it pops up an HTML ad for some online service being touted by the manufacturer. Unacceptable.

— The software crashed 3 times when I tried to do simple directory navigation to find image files. I found a work-around but this is a real and repeatable bug that I encountered within 5 minutes of first using the program. Did no one ever Beta test this software?

— The RAW file converter offers no ability to edit any aspect of an image file. Nada. Nothing. Zip. All one can do is view it and convert it to an 8 bit TIFF.

— RAW files are automatically ressed-up beyond their native resolution and there’s nothing that one can do about it. The result of this is clearly visible as reduced image quality. 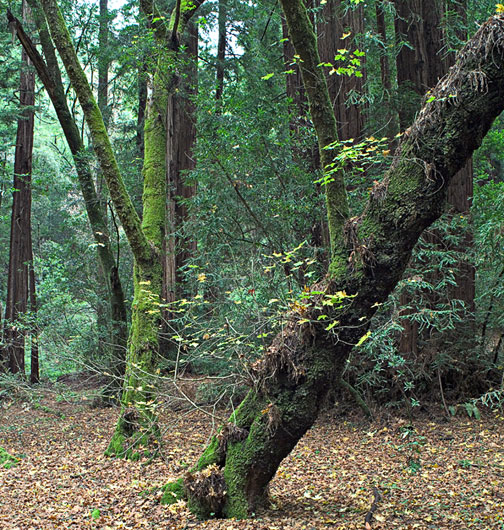 I could go on, but won’t. I also will not be reviewing the camera, (and no, I won’t tell you the manufacturer’s name). Life is too short to have to deal with flawed products like this, so I returned the camera to the manufacturer with thanks, but also a polite decline on a review. What would be the point? It would just be a rant. Like this.

Is this a unique instance? Hardly. ThePentax *ist Dis another case in point. The cameras has shipped with several flaws; a poorly designed CF card compartment that makes removal of cards highly problematic, a poorly placed on/off switch, and the lack of both a histogram or highlight overexposure warning on post-exposure image review. Canon’s1Dand1Dsrequire 4 seperate button presses to achieve mirror lock up, and many Nikons don’t even offer it any more. And Kodak should simply hide its head in shame over theKodak 14n, a camera with multiple design flaws. But I’ve kicked this lame horse enough times already, and though constant firmware upgrades have improved the image quality, it’s still the same dumb clunky camera design as ever. (I hope that I have now insulted everyone’s favourite camera company equally. I wouldn’t want to appear biased).

Then there are the outright defects. During just the past 12 months here are some that I’ve experienced…

—Canon 24-70mm f/2.8L: Zoom ring locked up after the first 2 days of use. Several months later, after repair, the front element fell off!!

—Delkin eFilm PicturePad: Failed three times in the first year of use.

—Toshiba Satellite laptop: fatal hard disk crash after less than 18 months of use. Much data lost.

—LaCie 40GB Mobile Drivefailed after just 4 months of use. Part of a shoot lost.

These are the major failures. But the small annoyances are like water torture; they wear you down one at a time. I won’t even mentionMicrosoft Windows, its security flaws and endless problems (Yes, I’m talking aboutXP Pro). 12 million lines of code and they still can’t write a decent operating system.

So what is the point of what I’ve written above? It is that recently I am seeing an increasing number of manufacturers rushing hardware and software products to market with obvious design flaws, and omissions. TheKodak 14nandPentax *istDare two examples of products to appear to me to have been released prematurely. Last year theContax N Digitalwas ignominiously withdrawn from major markets after just a few months, and there have been other high profile instances, such as the still-festering off-focus issues with someCanon 10Ds.

Then there are products likePrintFIXfromColorVision, andExtensis pxl SmartScale, that promise much but deliver little. I have cupboards and drawers full of them.

Why is this the case? Clearly the competitive environment is demanding new products at a pace that many manufacturers and development houses can’t keep up with. Rather than slow the pace, instead products are expected to be debugged by consumers and are then withdrawn even before they have a chance to mature, only to be replaced by still newer and equally flaky new models.

And it isn’t just small software companies that are guilty of this. Major manufacturers are equally likely to rush products to market to meet real or imagined competitive pressures and market deadlines.

Obviously the solution is for manufacturers to take more care, slow down, test and release better products at a more measured pace. Is this likely to happen? No, probably not. Economic pressures are such that few companies can afford to fall behind or produce products that are uncompetitively priced. This means that we as consumers will continue to suffer.

What we can do is to recognize flawed products when we encounter them and not be hesitant to complain to manufacturers — loudly. We also should take to task magazines and web sites that like everything that they see and have few if any critical words for products that don’t deliver. American photographic magazines are the worst. With few exceptions they have no balls, and rarely will call a spade a spade. In the U. K. and France a few of the magazines at least will denounce shoddy and poorly designed products.

Regrettably most web sites that feature product reviews also accept (and even search out) advertising from the companies whose products they cover. Does this mean that their reviews are not objective? No, not necessarily. But when was the last time you read a really critical review of a product on a site that accepted advertising from that same company?

Unfortunately in the photographic arena both pros and hobbyist alike are often driven by their wants rather than rationality. People personally identify with certain companies, and after having made major investments on gear are reluctant to admit that we made a poor choice or that their favourite company is producing flawed products. As long as this is the case manufacturers will have license to take advantage of us. We’re our own worst enemy.