No sooner does is one battle over than another begins. Just a few years ago it was between film and silicon. Now the latest punch-up is between DSLRs and digicams. What you say? Digicams? Get a life!

No, actually, this competition is quite real. One couldn’t have said so as little as 12 months ago, but the game has changed (as it does rather quickly these days), and so a fresh look at these two distinct camera categories is in order — with a summer 2004 perspective. 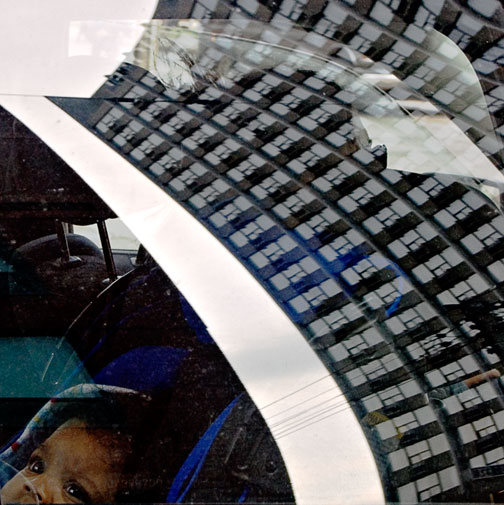 The primary difference between digicams and DSLRs is in the means of viewing the scene. Digicams use a video screen, either an LCD or an Electronic Viewfinder (EVF), or both. DSLR (Digital Single Lens Reflex) by definition have optical viewfinders, usually consisting of a instant-return mirror and a pentaprism. Other differences include chip size. Most DSLRs use an imaging chip roughly the size of an APS film frame at 22.7 x 15.1 mm, though there are currently two full-frame DSLRs with 36 x 24 mm sensors, theCanon 1Dsand theKodak Pro/n/c.

Digicams with serious pretensions typically use a 2/3" sensor, with dimensions of 8.8 x 6.6 mm, though there are pocket-sized models that have even smaller chips, as small as 5.27 x 3.96 mm. (Phil Askey has avery good tutorialon the subject of sensor size at DPReview.)

Sensor size and megapixel count don’t necessarily go hand-in-hand. There are currently DSLRs with 4-6 Megapixel chips, and digicams with 8 Megapixel chips. That’s where digicams currently top out, while DSLRs go as high as 11 or 14MP. But as we now know, Megapixels are only part of the image quality equation, and often not the most important part.

Size, bulk and weight are also differentiators, though some digicams are growing larger (Sony F828) and some DSLRs are getting smaller (Pentax *istD). But the total camera plus lens combination needs to be taken into account, not just the camera body by itself. If you take a typical 8 Megapixel digicam with its 28-200mm f/2.8 lens (35mm equivalent), it might weigh about 1.5 lbs and is able to fit comfortably in a coat pocket. A DSLR with a couple of lenses offering a similar focal range and speed would weigh 3-4 times as much, and require a medium-sized camera bag to tote around. 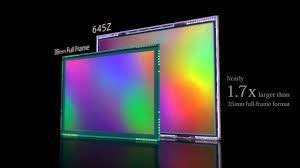 There is no one-size-fits-all solution. Everything in life has its benefits and drawbacks. One man’s meat is another man’s poison — and other cliches. But, it’s informative to look at a listing of what each of these type of camera generally does well, better than the other, and also not so well. In no specific order, here are some things to consider.

In This Corner — DSLRs

— a wide range of interchangeable lenses

— much brighter and clearer viewfinder than digicams

— moderate to large in size, especially with long or fast lenses

— sensor dust is a problem with almost all DSLRs

— shutter and mirror noise audible when shooting in quiet situations

In This Corner — digicams

— a wide-range zoom lens is included in the price

— no shutter or mirror noise. Ideal for stage, TV, film or other photography where silent operation is required

—macro shooting availability without accessory lenses or attachment on most models

— greater depth of field at any given image magnification

— generally poor and noisy image quality above about ISO 100

— wide and and telephoto attachments are available for some models, but are typically not of high quality

The British have a saying —horses for courses— which simply means, choose the right tool for the job. Of course there’s bound to be overlap, and so there is often no single correct solution.

For some 30 years when I was shooting film, much of it professionally, I worked with a variety of cameras. Medium format when I needed maximum image quality and enlargability. A 35mm SLR when I needed speed and versatility, and a 35mm M-Series Leica for discrete photography, either on the street or in TV studios and film sets where quiet operation was paramount. I always also had a pocket 35mm for traveling and more casual shooting.

I no longer shoot film, but I have now pretty much duplicated my multi-camera options to suit the shooting that I currently do. For landscape work I use a medium format camera with a 16 Megapixel digital back (Contax 645and aKodak DCS Pro Back). For wildlife and nature a couple of DSLRs and a wide range of lenses are used, (Canon 1DsandCanon 10D). The cameras that I now use for casual shooting, street photography and travel are theKonica/Minolta A2andSony DCS-T1.

These later two are both digicams, but are obviously quite different in size and capability. That’s part of the problem with the term digicam. It covers a broad range of sizes, features and capabilities.

With the advent of several new 5 MP digicams, theLeica Digilux 2and its clone thePanasonic LC1are clear choices, there are now medium megapixel count digicams with very high image quality, excellent lenses and reasonable handling. The new generation of 8 Megapixel digicams, nearly all of which have been reviewed on this site in early 2004, raise the stakes another notch.

And this is where the confusion begins. Is the image quality from an 8 MP digicam better than that from a 6 MP DSLR? The files are bigger, but what about image quality? And what do we really mean by image quality? What about resolution? Noise? Contrast? Accutance? Colour accuracy?

Of course the camera’s lens plays a role, as does the way in which the manufacturer processes the files in camera. Will you be shooting JPGs or RAW? Some makers don’t apply much sharpening to their JPGs, others apply too much. This makes evaluation of out-of-camera JPGs highly problematic and inconsistent. RAW files are a better way to judge this, but which RAW converter is used? The manufacturer’s or a third parties? What about makers such as Canon that have admitted that they apply sharpening even to RAW files on some of their cameras?

I believe that even serious fine-art photographers and working pros will now find several digicams worth considering — something that I might not have said 12-18 months ago. And fortunately as time passes this is likely to become increasingly true. Certainly for a broad range of amateurs and enthusiasts the better digicams may indeed be all the camera that’s needed.

The list of pros and cons above only tells part of the story though. The real issue as I see it isn’t image quality or image size. Whether 5, 6 or 8 Megapixels, a digicam or a DSLR, any of these cameras can produce fine prints up to A3 in size.

Shooting at ISO 100 or lower? One would be hard pressed to tell the difference in noise between most cameras of all types. At higher ISOs the DSLRS win hands down, but this isn’t an issue for many types of photography.

Shooting speed? Forget most digicams. They are usually slow to focus and can’t shoot very rapidly.

A Canon 1Ds is a superb instrument that can produce stunning image quality. But there’s no way that I’d take one on a 3 day backpacking trip. I also wouldn’t use it for unobtrusive street shooting or a European vacation with my family. As I said —horses for courses.

And so it goes. Pros and cons. Yes, as I stated before, there are visible and measurable differences not only between digicams and DSLRs, but also between brands. But I don’t believe that these differences are what really matters. The most important consideration in my book is a camera’s suitability to the task and its inherent capabilities.

I believe that in just a few years we will see the digicam become an accepted photographic tool for all level of photographers. The poor EVFs, small image buffers, nasty zoom controls, awkward viewfinder switching and other limitations will disappear or at least be seriously improved, and their advantages of small size, lower weight, lower cost, live histogram, quiet operation and the like will win many converts.

From what I’ve written above you may have noticed that I list the Minolta A2 is addressing many of the typical digicam drawbacks. I believe that when it comes to operational handling this is the best digicam yet. But its day in the sun will likely not last long. Other manufacturers will realize that people spending $1,000 or more for a digicam will not settle for cameras with the limitations currently displayed by most of this genre. And when they put as much emphasis on user interface, handling and ergonomics as they have been on advancing pixel count and image quality we’ll all be winners.

Canon EOS-D30 Review The March / April 2001 issue ofPhoto Techniquesmagazine contains my review of the Canon EOS D30. Below are links to a variety