Probably the question that I read and hear most often, online as well as on my workshops, is —How did you get that shot?! Man, you were really lucky!

Actually,luck, which we usually think of as —fortuitous things happening on a random fashion— has little to do with it. A definition of luck that I much prefer is "preparedness in the face of opportunity".

In this brief essay I’ll explore the making of one successful recent photograph, and see how much of a role luck had to play. I will also look at the tools that were used (preparedness) and what lead up to theopportunityto take it. 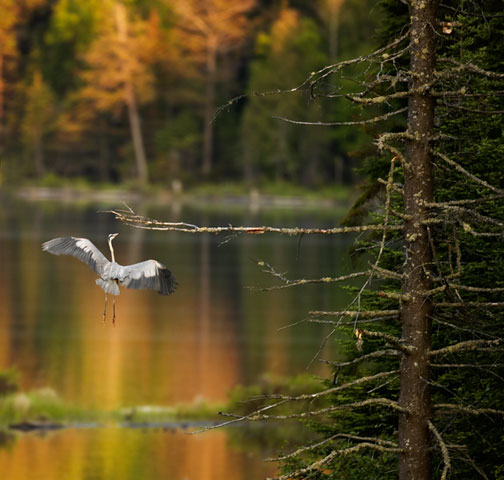 Though our primary subject was to be have been moose, when one is in a wildlife habitat likeAlgonquin Parkthere are many other subjects available as well. We had gone toAlgonquin Provincial Park, in north-central Ontario, because the year before (2002)Chris Sandersonand I had spent a couple of days camping there while photographing moose. You can read all about this inan earlier article, but briefly, in late May and early June moose are plentiful alongsideHwy 60that runs through the bottom of the park, because the salt from winter road maintenance that has washed into the gullies on other side of the road makes for a tasty salad when combined with the fresh greens growing in the run-off ponds.

Though moose were our primary intended subject, as we drove slowly back and forth along the 60 kilometer long highway within the park boundary we also saw numerous deer, loons, heron, and foxes in addition to moose. Vehicles which use the road to simply get across the park rarely see wildlife, except possible for the moose standing beside or crossing the road. They’re simply driving too quickly. But if you take your time and keep your eyes peeled, the wildlife is prolific.

This of course is part of theopportunityaspect of the equation. You have to get out into the field or you’ll simply continue toread aboutrather thandothis type of photography. As the saying goes —f/8 and Be There, withbeing therethe operative part of the phrase. This means lengthy drives, long boring waits, and sometimes putting up with inclement conditions. But there are wildlife shooting opportunities within just a few hours drive of just about everywhere. It’s just a matter of making the effort.

Part ofpreparednessisseeing. Not just looking, but knowinghowto look. For example, the human eye is profoundly sensitive to both motion, and pattern recognition. If you know what it is that you might be looking for you have a much better chance of seeing it. Knowing what you might be looking for also implies knowingwhereto look. In the trees? On the shoreline? Behind the trees that line the road? Different creatures enjoy different habitats, and keeping your eyes properly pealed for wildlife photographic opportunities implies some foreknowledge of what one might be looking for, and where.

For example, though the moose are found close to the road in Algonquin during May and June, the rest of the year they are only to be seen in the deep woods. Also, even during these two months they are usually only seen just after dawn and just before dusk. Drive the road mid-day and you likely won’t see a single one. That’s why tourists can be disappointed when they don’t hit the road till after 10am, and are found having cocktails at the lodge by 6pm.

Of course the other part ofpreparednessis having the right equipment, so that when an opportunity arises the tools and technique are at hand. In a situation such as we found ourselves in in Algonquin I would drive with one camera on my lap, with a 70-200mm zoom attached, and with another camera body with a large 500mm f/4 lens ready on the back seat.

Sometimes just the act of getting out of the car, however slowly and quietly, is enough to spook an animal and make them take flight. That’s when the camera body with medium zoom is handy for shooting out the window. In park situations such as this many creatures don’t see you as threat as long as you remain in the vehicle, which they are habituated to. As soon as your body shape is discernable though they may take flight.

Other times you can get out of the car, and this is when I’ll reach into the back seat and pick up the long lens. The camera is always turned on and ready, and pre-set for the current shooting situation — appropriate ISO and shooting mode, because sometimes there are just seconds to get the shot.

Below is a selection from a sequence of 10 frames taken as a heron left the shoreline in front of us to take to the safety of a distant tree. We’d seen it as we drove by, stopped quickly, and I’d taken the lens from the back seat just as it took off. The lens was a 500mm (equivalent to 10X binoculars in terms of magnification), so you can see that we wern’t particularly close or threatening. Nevertheless, just seconds after we got out of the car he took flight. 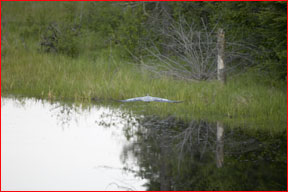 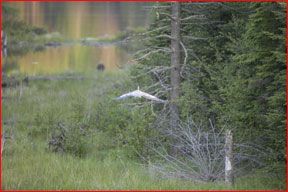 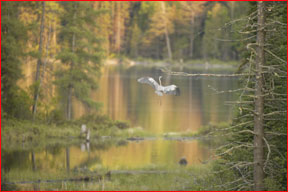 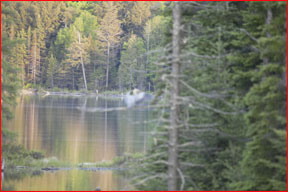 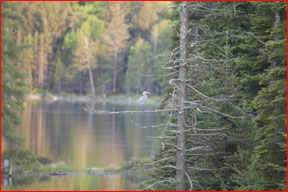 These 6 of 10 frames taken (the others were quite similar) werenottaken in machine gun style with my finger on the shutter release at 3 FPS. I squeezed off each one individually, hoping for proper focus lock, because I hadn’t had the time to change the camera tofocusing trackingmode.

As you can see from the sequence, these shots as well as the ones in between are pretty mundane, and most are technically flawed. TheCanon 500mm f/4is a large and heavy lens — just barely hand-holdable, which makes changing modes quickly problematic when hand holding. (Note to Canon — when are we going to getvoice control?)

As I reviewed the sequence afterwards on the camera’s LCD screen the third frame above instantly caught my eye, and later on my editing monitor I knew that I’d nailed the opportunity.

I have a particular fondness for heron. They are lovely birds in their own right — large, graceful and prolific throughout much of North America. But, they can be very difficult to photograph, as they are wary and can be extremely skittish near humans. This is part of their charm and their challenge for photographers.

This image works for me for several reasons. Of course the warm late afternoon light on the background trees and their reflection in the lake is appealing, but it is the combination of the heron’s outstretched wings, neck and legs just opposite the bare tree with its similarly outstretched branches that creates an appealing juxtaposition. Also, the heron is captured in its unique method of landing on branches — where it first swoops low and then soars upwards to land vertically by falling back down from the peak of its parabola.

Though of course it was taken in 35mm aspect ratio, I cropped it to almost a square. Why? Not because I find the square an effective format (which I often do), but because that’s how it ended up when I cropped away those parts of the frame that seemed extraneous to what I wanted the photograph tosay. Fortunately, because of the Canon 1Ds’ high resolution I was able to still make an 11X17" (A3) print with excellent image quality even though the frame is cropped by nearly 50%.

I had to send an e-mail and tell you this: I read articles on your website regularly, and today during one of my breaks I was reading your article "Luck?
Or… Preparedness in the Face of Opportunity." As I was reading it, one of the guys I work with (who likes to take pictures) walks by, sees your "Vertical
Landing" photo of the heron, and says, "Wow, who took that?" I told him who took the picture, and he replied, "Man, some guys have all the luck." I just
laughed and shook my head as he walked away. I thought you might enjoy that story.

I've always had a pocket camera. I don't carry it all the time — not much happens on the way to the milk store —