Good morning, and Happy New Year to you.

My columns for the last several weeks of 2002 were all about ideas of simplicity. These articles elicited many responses, both directed to me, and on the web.

The following response, from Dan Honemann, was posted on the Luminous Landscape forums. It’s so good that it warrants sharing with everybody, so I asked Dan if I we could post it as a "Guest Column" this week. My thanks to Dan for his permission to reprint it. Enjoy! — M.J.

I read Mike Johnston’s Sunday morning article, "Confessions of a Cameraholic," with great interest. In it, he mentions a B&W photographer named Wade Heninger who has been shooting with just a Konica Hexar RF and 50 Summicron — tools with which I also shoot (along with a Leica M6). You can see some of Wade Heninger’s workhere:

These are beautiful and inspiring images which invoke memories of what first attracted me to photography: advancing and expressing my perspective of the world. Finding beauty in the commonplace, the extraordinary in the ordinary. 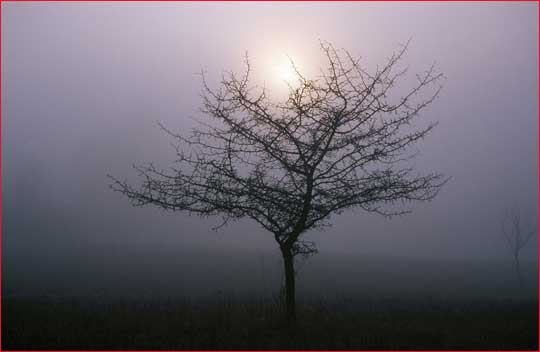 For this type of photography, simplicity is the highest virtue; you don’t want your tools or your process getting in the way of your vision. That’s not to say a Canon 1Ds with a 70-200/2.8 IS lens isn’t capable of expressing perspective and beauty — of course it is. But it isn’t simple. Yet, ironically enough, for my current workflow, neither is a rangefinder like the Konica Hexar or Leica M6.  Why?  Because in order to generate prints, I need to do the following:

2. Take the film to a lab to be processed and mounted (I only shoot E6) — which means a trip into the city that I don’t ordinarily make, to the one remaining lab that does a decent job with slide film (the rest have all closed down due to lack of demand).

3. Make another trip into the city to pick up the slides a day later.

4. Put the slides into carousel trays for review (this step takes longer than you’d think, as it requires examining each slide for its orientation).

5. Project the slides and cull the losers (which can only be done in the dark).

6. Repeat step 5 until I’ve separated the wheat from the chaff.

7. Scan the keepers — a laborious process that involves dusting the slides, mounting them 4 at a time into the slide holder, making all the proper adjustments to Vuescan, and so on.

8. Edit the images in Photoshop, spending most of my time cloning out dust spots.

9. Print them on my Epson (using the right profile for the paper/ink combination), or post to the web. 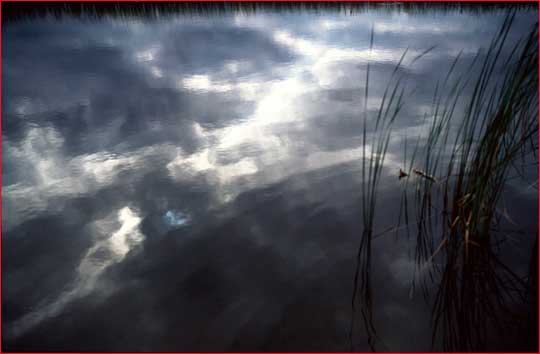 Granted, steps 4-6 can be replaced with a loupe and a light table, but I find this equally time-consuming, and more trying on my  eyes; and steps 7-9 can be replaced with darkroom work, but that’s an option I don’t have (no space for a darkroom). The sad truth is that I find the scanning step to be so tedious and dull that I’ve rarely done it, and so my workflow tends to die at step 5, restricting my output to slide shows.

Now let’s compare the workflow with a digital camera like the Canon 1Ds:

2. Transfer the images from the camera to my PC, and delete the losers.

3. Edit in Photoshop, but spending most of the time working on the image, not the dust.

Four steps instead of eight, cutting the workflow in half, and saving enormous amounts of time.

I love the elegant simplicity of the Leica, and David Alan Harvey’s one-camera, one-lens, one-film approach to photography. But we’re in a different era now. Harvey has the luxury of sending his film to National Geographic and having an editorial staff handle the labor-intensive steps in the workflow. He just concentrates on shooting.

I don’t have that luxury. I wish I did, but it’s become painfully evident that if I spend all my time shooting and no time with the rest of the workflow, no prints ever get produced, and no one sees my work. And a big part of photography for me is sharing my vision with others. That just hasn’t been happening apart from an annual slide show I give to family and friends.

These slide shows are just about all that has kept me shooting. I do enjoy taking photos for the process itself, but then if I’m going to limit myself to that, I might as well shoot without film to spare myself the expense. Enter the digital age. It’s a whole new era that doesn’t belong to DAH or HCB or Weston or Winogrand or our other heroes from the past. This is new territory, and we’re fortunate to be on the frontier. New possibilities, new workflows, and a new form of simplicity.

Now I can shoot without film, and eliminate not only that expense, but most of the steps — and the most tedious ones, at that — in my workflow. Instead of presenting my work to small gatherings at slide shows, I can instantly post them to the internet, and share them with the world. These are powerful arguments in favor of a DSLR, and ones that, ironically, fulfill the goal of simplicity in this era better than the classic cameras from the film-based years.

Still, the hulking auto-everything DSLR’s are anything but simple. They win the simplicity contest for the output side, but lose big-time on the input. What we need, then — and why hasn’t anyone done this yet? — is a simple tool like the Leica M6, with a digital sensor. Small, elegant, lightweight, and made all the simpler by replacing film with digital capture.

That’s the best of both worlds. But given the glacial pace with which Leica progresses, and their disreputable history with all things electronic, we aren’t likely to see this anytime soon. Too bad. It’s the tool that would be just right for me, and I bet a lot of others.

What the Japanese manufactures seem forever to fail to realize (well, perhaps it is an insight that isn’t economical), is that for art photographers, moving the mechanics of the tools into computer automation is misdirected simplicity: the right place for automation is in the CMOS chip and the software used to convert the raw images. We don’t need the process of shooting automated so much, especially not if it comes at the expense of increased camera size and weight, and descreased battery life. Besides, auto-focus and auto-exposure hinder as often as they help, for they rob us of creative control for the sake of sparing us the hassle of adjusting these as we shoot.  But the real hassle lies in the output end of the workflow, and here digital is a godsend, and I’ll take all the automation I can get.

I’m seriously considering selling off my Leica gear and putting the funds toward a digital camera, but I’d need the Canon 1Ds to match the resolution I enjoy with Leica lenses and Provia 100F, and I know I’m much less likely to carry a camera of that size around with me the way I do the Leica (which I take everywhere). And so I continue to shoot E6, scan grudgingly, if at all, and eagerly await the arrival of the new de facto art photography tool for the digital era.